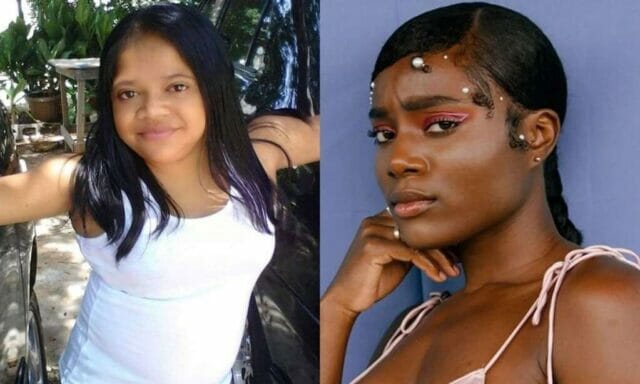 WESTMORELAND, Jamaica – The sister of a woman who died in a traffic accident involving reggae singer Sevana indicated her disgust Thursday after the entertainer received a non-custodial sentence for causing death by dangerous driving.

The artiste, whose real name is Anna Blake, was ordered to pay a $300,000 fine or spend two years in prison when she appeared before Justice Courtney Daye in the Westmoreland Parish Court. She is also banned from driving for the next two years.

On October 31, the entertainer plead guilty to a charge of death by dangerous driving in the May 2021 accident that claimed the life of 32-year-old Ordia Cordiel.

According to the police, Blake was travelling along the Scott Cove main road in Whitehouse, Westmoreland, when the Honda City motor car she was driving collided with a Honda Fit going in the opposite direction. Cordiel, who was a passenger travelling in the Honda Fit, sustained severe injuries and was admitted to the Black River Hospital, where she later died.

While her impact statement was being read in court, Cordiel’s sister, Denise Cordiel wept uncontrollably.

“I am overwhelmed with grief, she was not ready to die – she did not get to start a family,” Denise Cordiel’s impact report said.

Following the sentencing, she stormed out of court, and said she did not wish to comment.

Meanwhile, Marie Miller, the driver of the Honda Fit motor car who was also injured in the accident, expressed her displeasure with the sentencing and indicated that she will be taking further legal action.

In a thoroughly written victim impact statement written by Miller and read by the prosecution, she detailed how the accident impacted her life.

The report said the accident left Miller unconscious with fractured ribs, and injuries to her shoulder and arm.

Miller added that, following the accident, she had to deal with tremendous medical bills, months of therapy, inability to drive and difficulty getting into a car because of the scar left by the accident.

“I’ve been changed forever,” Miller said in the report, adding that she has been affected psychological, financially, physically and mentally.

However that plea was not enough to sway Justice Daye into handing down a custodial sentence.

Justice Daye said Sevana’s risk of repeating the offence is low and that, even whilst taking the victim impact report into consideration, it won’t bring back the deceased.

“From what I understand your risk level is low. You are not likely to repeat this incident. You [Sevana] also suffered injuries. You have some emotional trauma, you are also affected by it,” Justice Daye reasoned.

The judge in handing down the sentence pointed to things that were in the artiste’s favour including the fact that she plead guilty, showed remorse from the beginning and the incident being her first offence.

Meanwhile, the attorney representing the entertainer, Everton Dewar told OBSERVER ONLINE that he was pleased with the sentencing.

“Mitigation worked out well, it actually worked out as we wanted it to. She’s sorry, she’s sorry for what transpired and she apologises to the deceased’s family,” Dewar said.