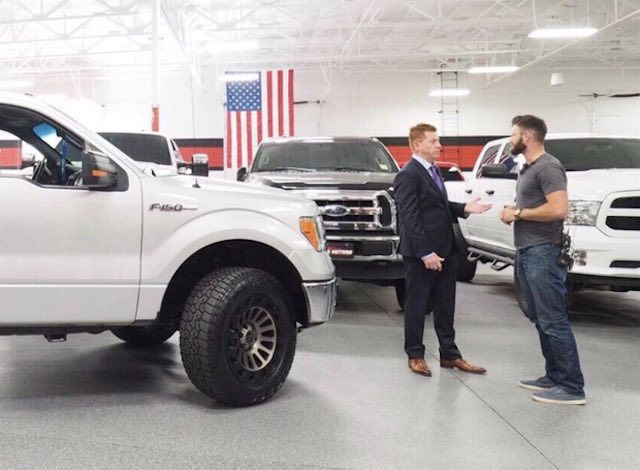 When a sniper opened fire on a group of spectators at a Las Vegas country music festival, Taylor Winston made national headlines for stealing a man’s truck and using it to transport over 30 wounded people to the hospital.

The 29-year-old marine veteran credits his quick-thinking during the chaos to his military training. He says that once the shooting started, he saw a nearby lot of parked cars and started checking to see if the keys were inside any of the vehicles. Before ambulances had even arrived on the scene, he had loaded a group of injured passengers into a truck and drove them to the Desert Springs Hospital Medical Center.

He then returned to the scene of the shooting to pick up more people.

Winston was eventually able to return the keys to the truck’s owner a few days after the event – although, the owner was sure to thank Winston for his heroism, and assured him that he didn’t mind the veteran borrowing his truck in the first place.

As a means of thanking Winston for his bravery, car dealership B5 Motors from Gilbert, Arizona posted on Twitter asking if anyone could help connect them with the veteran.

On Friday, dealership representatives met up with the veteran and gave him the keys to a 2013 Ford F-150 with customized wheels and tires. The car is worth an estimated $20,000.

Winston says that he plans on selling his current car and donating all of the proceeds to Las Vegas shooting victims.

“He was very, very thankful,” Shane Beus, the owner of B5 Motors, told CBS News. “The best word to describe him is humble.”

(WATCH the video below)