Jamaican track legend, sprinter Usain Bolt, has been honored for a work of his in the film-making industry.

Bolt has been presented with a certificate of honor from the National Academy of Television Arts and Sciences, for his nomination in the Outstanding Special Class Animated Programme category of the 44th Annual Daytime Emmy Awards.

He shared the news on social media on Tuesday. 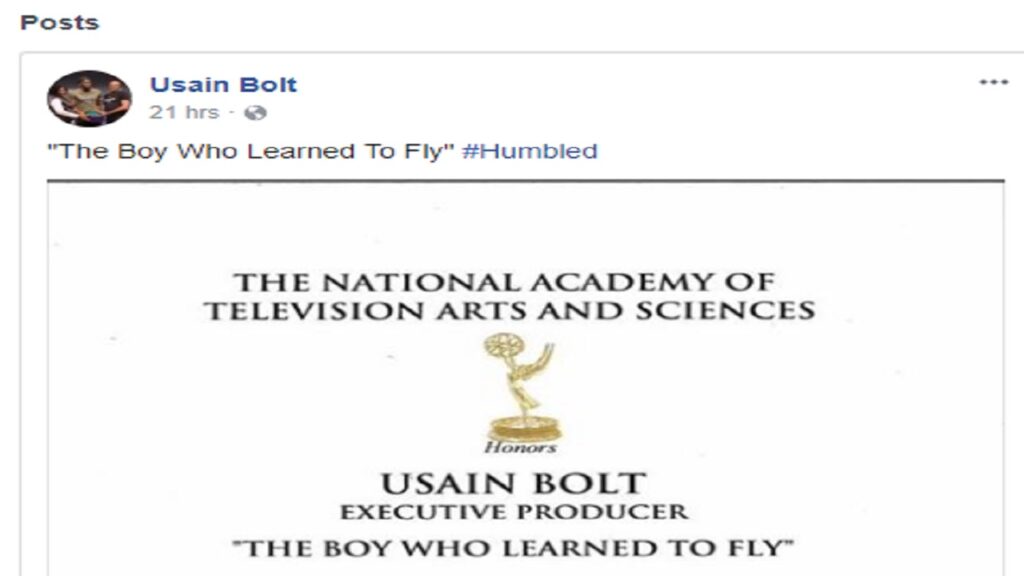 The double world record-holder was nominated for his role as executive producer of his short animated film, ‘The Boy Who Learned To Fly’.

The film, which was released last year, was commissioned by the sports drink brand, Gatorade. It was based on the true story of Bolts’ life, including his celebrated Olympic journey.