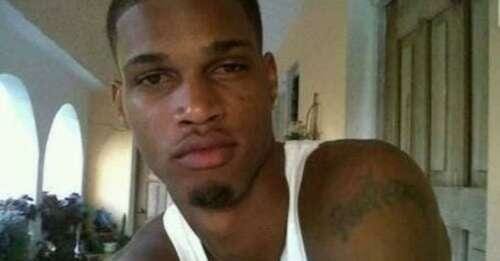 ST JAMES, Jamaica— Rushawn Patterson, the man charged by the police with the murder of popular social media influencer Aneka ‘Slickianna’ Townsend, was remanded in custody when he made an appearance in the St James Circuit Court on Wednesday.

His co-accused, 47-year-old security guard, Rohan ‘Early B’ Rose was charged with the offense of misprision of a felony. Although Rose’s case is connected to that of Patterson, both men appeared separately in the Circuit Court and are to return to court on two separate dates.

Rose is accused of either being involved in the matter and/or failure to notify the authorities.

Similarly, attorney-at-law Martin Thomas made a bail application on behalf of his client, Rose.

While Thomas wanted the court to immediately hear the application, the crown was not ready as it wanted certain information in place first.

Martin Thomas argued that his client has been in custody since November 4 and has appeared in court on three occasions after being charged and it was made known that a bail application would be made.

Thomas in making his bail application said his client, who has more than one dependent, has lost his job.

“At the time he was arrested he was working as a supervisor at Guardsman, a position which he has held for the past nine years. He is an ex-soldier. He has since lost his job. He is taking care of a lady who is 75-year-old. He has young children, one of whom is six years old, who is dependent on him for support,” stated Thomas, who noted that lives have been ruined.

Thomas said he received statements pertaining to the case and disclosure last week. However, he said two statements are remaining.

However, the crown argued that their reason for asking for another date is that the police had been asked to ascertain certain information.

“For example, where he is living, certain information My Lady that will inform the crown as to how to address the application before you as it relates to conditions of bail and we will not be able to get that information until the police go to the location and make their checks,” the Crown told Justice Andrea Thomas.

A November 28 date was set for a bail application consideration.

Both men were appearing in the Circuit Court for the first time after their cases were transferred from the St James Parish Court through a voluntary bill of indictment earlier on that same day. Both cases were heard together in the parish court.

In giving a nolle prosequi notice, the crown argued that it was the intent of the director of public prosecution to end the case in the parish court and have it transferred to the Circuit Court.

On November 11, the police had stated that Townsend travelled from Kingston to Montego Bay where she was picked up by Patterson at approximately 7:30 pm on October 20. During the evening, they visited a restaurant in Hanover and a guest house in St James. At some point during the night, an argument reportedly developed between them, which resulted in Patterson reportedly strangling Townsend and disposing of her body.

Townsend’s body was fished from the sea in Reading, St James on October 21.

The police in carrying out their investigations named Patterson as a person of interest on October 22. He was picked up at a guest house in Hanover by an Area One operational team on November 2.