The dancehall genre continues to get a fight. 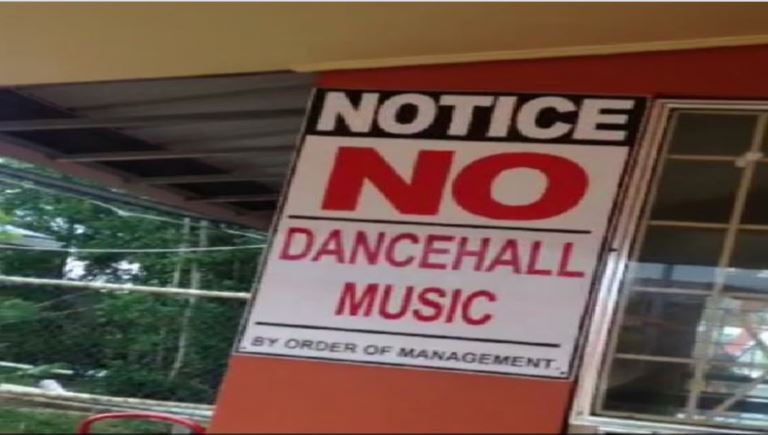 Just months after a club in London was reportedly ordered by police to refrain from playing dancehall music because it promotes violence, a beach facility in Trinidad has mounted a sign stating “no dancehall.”

The sign mounted at the establishment in Trinidad reads, “notice – no dancehall music by order of management.”

Some social media users have since expressed outrage while others question if reggae was allowed to be played.

The photograph of the sign was posted by a Trinidadian who went to the beach.

Music by Beenie Man and Sean Paul were banned at the pub in London. The proprietor argued that rule was causing an issue with its patrons.

Keep it locked to Music News as this story unfolds.