The ancient breed is a must-have pet for China’s wealthy, with prices for the giant dogs reaching into the millions. The furry, bear-like dogs are mythologized as having ‘lion’s blood.’ 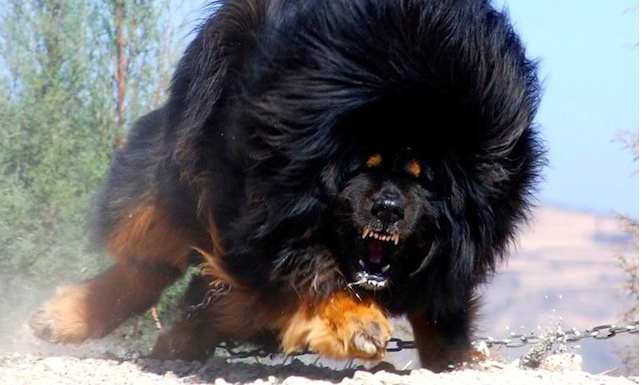 A unidentified man poses for a photo with two Tibetan mastiffs after they were sold at a ‘luxury pet’ fair in Hangzhou, in eastern China’s Zhejiang province. One of the Tibetan mastiff puppies was sold for almost 2 million USD. 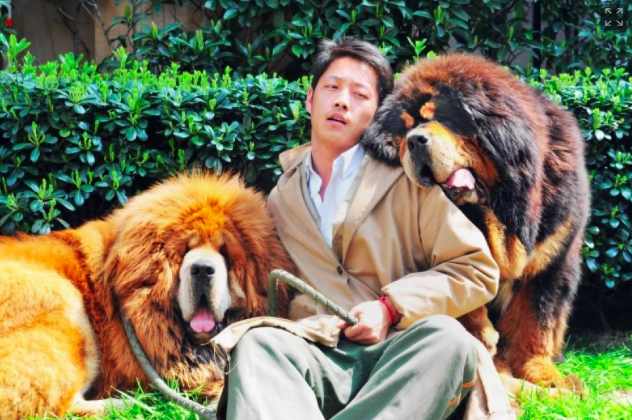 The unnamed new owner, not believed to be the man pictured, is said to have acquired the one-year-old mastiff at a “luxury pet” fair in Zhejiang, AFP quotes the Qianjiang Evening News as reporting..

Tibetan mastiffs are hugely popular in China, selling for as much as $750,000. Puppies are smuggled in from the Himalayan plateau, despite many veterinarians arguing that the huge dogs are “unsuitable” as household pets in the climate. 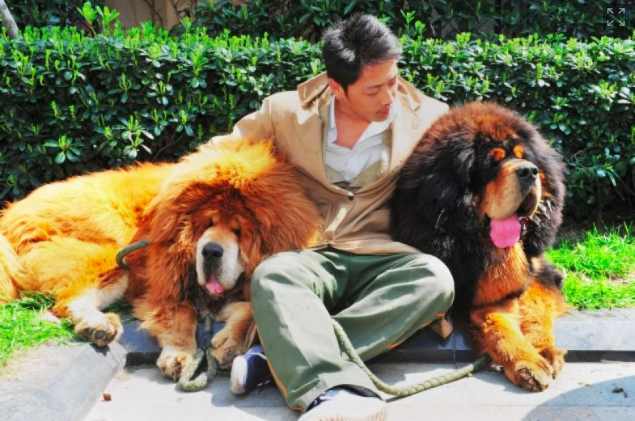 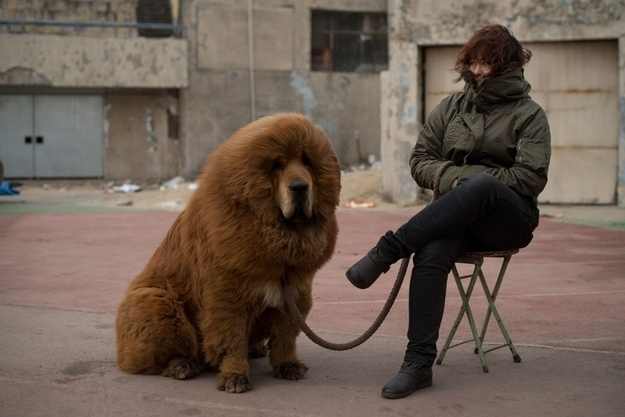 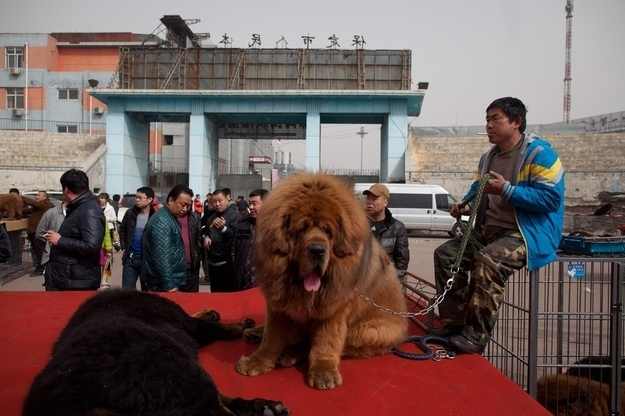 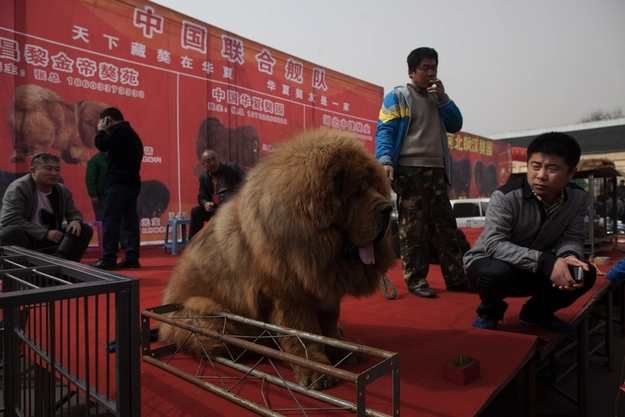