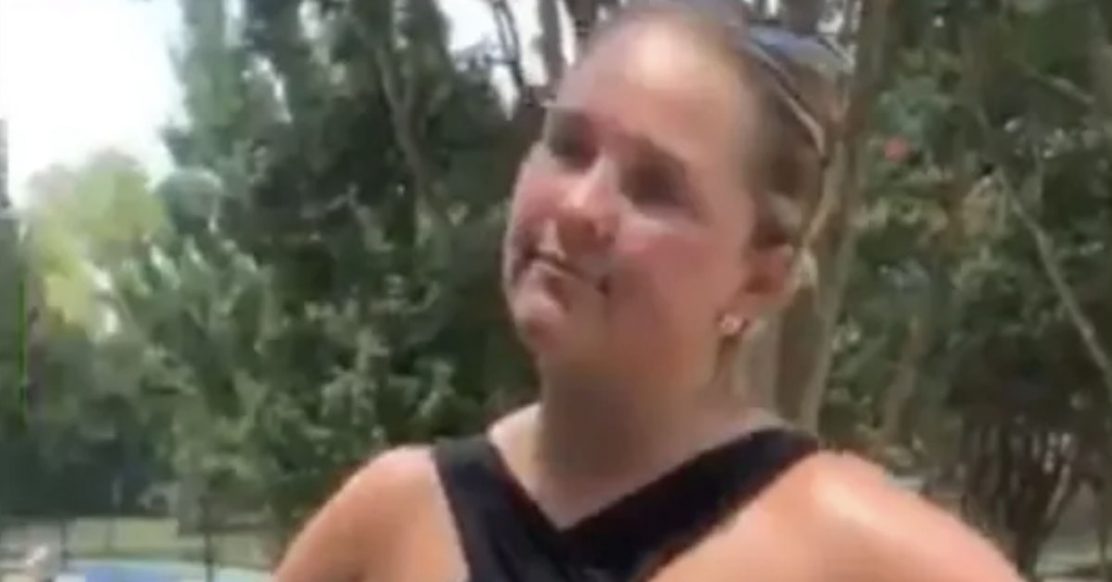 First there was ‘BBQ Betty,’ then ‘Pool Patrol Paula’ then ‘Permit Patty,’ ‘Newport Nancy,’ ‘Racist Raymond,’ and ‘ID Adam’—all white people who hassled minorities under the guise of being concerned with laughably minor infractions or, in some cases, for no reason at all, aside from racism. In most cases, they called the police to put these minorities in (what they view as) their place. Now they’ve got a new member of their racist cop-calling brigade. 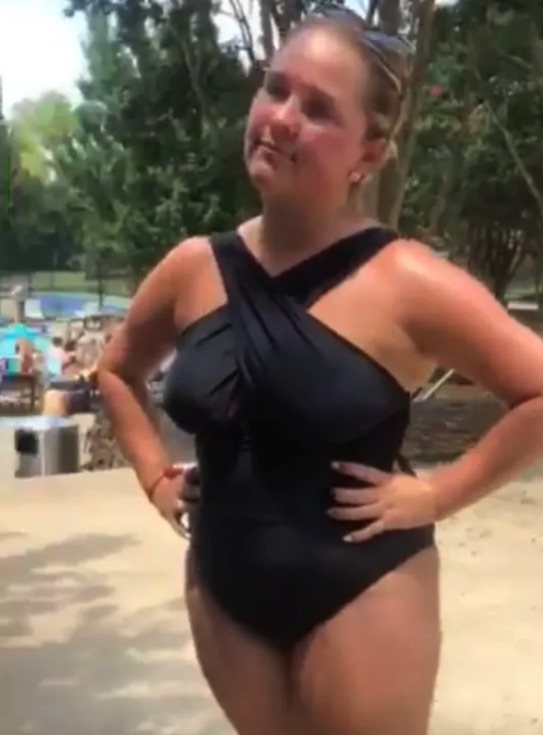 Kam Porter, a black woman in Tennessee, was trying to enjoy a relaxing fourth of July holiday at her apartment complex’s pool when Erica Walker, a white woman, came over to speak with her boyfriend, who was watching her godchildren. You see, Porter’s boyfriend committed the egregious sin of… wearing socks. According to Walker, that’s what brought her to confront the only black family at the pool. “You need to take off your socks. I’m the property manager,” Porter quotes Walker as saying in a Facebook post.

I asked the woman what was the problem. She stated, “you can’t wear socks in the pool. The rules are only pool attire *as she points at the pool rules*” She goes on to say, “no socks, T-shirts, hats, or things of that nature are allowed in the pool.” HER EXACT WORDS! I then notice that there are two guys in her group of friends and BOTH have on hats. Also, the other 25+ people around who don’t have on “proper swimming attire.”

Porter confronted Walker asking why she was enforcing the dress code for them, but not for the other (white) families at the pool that day:

“I think she’s calling the police because he has on socks,” Porter can be heard saying in the video.

“She’s walking off making a phone call to whoever she needs to call. I haven’t said anything crazy to her, but I did tell her I was not going to leave,” she continues.

“So, she basically said no hats, no shirts, no socks,” Porter goes on. “We have two men, who are her friends, sitting right here in hats. Two hats. We have a man over here sitting in a hat.”

Of course, #PoolPatrolPatty was pretty sheepish when the (black) police officer she called showed up:

Now Walker’s unequal (and draconian) enforcement of the pool’s dress code rules got her tossed out of her job. “After assessing statements from Ms. Porter and determining that this former employee’s actions violate our company’s policies & beliefs, she is no longer employed by Riverset Apartments,” the managing real estate agency said in a statement to WREG13.

Oftentimes, minor rules and regulations are used as an excuse to punish and intimidate black people who are just trying to enjoy the same freedom and privileges as white people. Cops know this, and deep down white people know it too. That’s why they often turn to the long arm of the law to do their dirty work.