Since hanging up his football boots, David Beckham has been busy with everything ranging from endorsements to bringing up his kids – not to mention charity work.

Last month, Beckham was speaking to the UN about poverty and how resources could be used to make the lives of disadvantaged children better.

It was at this point he recounted the story of one Filipina girl, who was a victim of Typhoon Haiyan.

The girl died in 2013 during the disaster, and left her family, including devastated parents, Trinidad Ojeda and Rodolfo Mueva, behind. 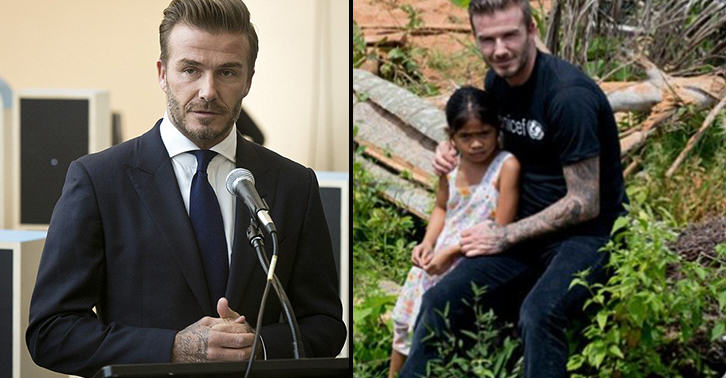 The former footballer is now a UNICEF Goodwill Ambassador, and told the story at the United Nations General Assembly.

Beckham spoke about the meeting, that was more than three years ago, and said:

I MET A FAMILY IN THE PHILIPPINES – A MOTHER, A FATHER – WHO WANTED TO TELL THE STORY ABOUT THEIR TWO YOUNG GIRLS, VENUS AND VIANA. ON THE NIGHT THE TYPHOON HIT, THE FAMILY WERE ON THEIR ROOF TRYING TO PROTECT THEMSELVES.

THE MOTHER, TIRED, SCARED, EXHAUSTED, SAID TO THE FATHER, ‘CAN YOU PLEASE TAKE VIANA,’ SO THE FATHER DID. HE HAD VENUS AND VIANA IN HIS ARMS. UNFORTUNATELY, THE FATHER WAS KNOCKED OFF THE ROOF BY ONE OF THE WAVES. HE THEN WOKE UP SIX HOURS LATER HOLDING ONE OF THE GIRLS.

THIS WAS THE NIGHT OF THE TYPHOON.

A DAY AND A HALF LATER, UNFORTUNATELY, VIANA WAS FOUND FACE DOWN AND UNFORTUNATELY, SHE HAD DIED. THIS WAS ONE OF THE MOST DEVASTATING STORIES I HEARD.

THAT STORY WILL NEVER LEAVE ME. 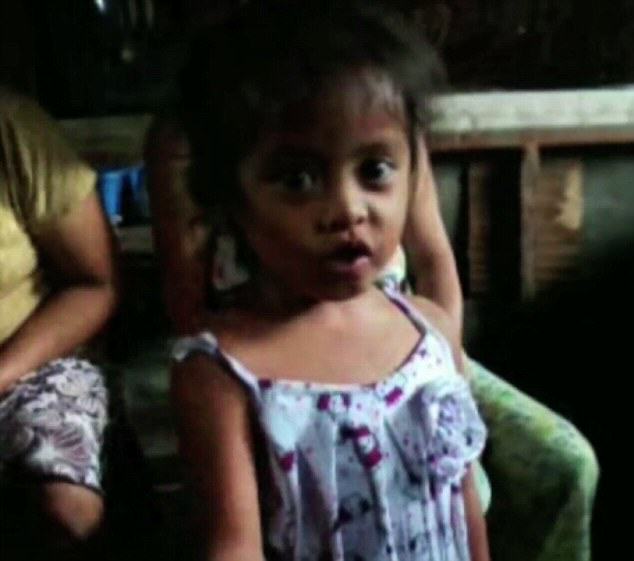 The family not only lost their daughter, but also their house and possessions, and are still struggling to make ends meet.

Despite their loss and struggles, they welcomed a new baby girl into the family recently, and claimed that while the birth of Venice could never replace their lost daughter, it certainly helped them heel.

Beckham meanwhile has urged everyone to help, and said his ‘7: The David Beckham UNICEF’ fund was there to create ‘a world where children can grow up safe from war, violence, poverty and preventable disease’.