Home Lifestyle This Dad Was Banned From YouTube For Posting Sick And Abusive Videos...

Some good news for once: YouTube has shut down Toy Freaks, a channel run by father-of-two Greg Chism which featured his young daughters in strange and disturbing situations. While some of the content on the channel consisted of fairly mild nursery songs, the rest of it was a disturbing play on the nausea-inducing ‘Bad Baby’ fetish; The widely watched videos showed two little girls screaming in fear, wetting themselves, force-feeding each other, and pretending to be babies along with their father. Most disturbing of all, the channel had 8.53 million subscribers and was among the top 100 most-viewed channels on YouTube.

The Google-owned video platform said it’s reason for shutting down Toy Freaks was due to widespread backlash and the fact that the company is taking a tougher stance in filtering out the type of content which was inappropriate for kids.

Why is Toy Freaks allowed to exist? It's child abuse – ppl have been complaining for years yet @YouTube does nothing https://t.co/K0MIJXrnKj

Chism told Variety that YouTube informed him “of concerns that my videos were attracting audience members who do not have children’s’ best interests in their hearts.” You think, dude?

“Victoria, Annabelle and I want to thank our supporters as my girls have had the opportunity to develop their creativity and self-confidence over the past few years,” he said. “Their future is bright. While it is disturbing to me that anyone would find inappropriate pleasure in our video skits, I deeply appreciate YouTube’s concerns for my family and I could not be happier with having had this remarkable experience.”

“We’ve terminated the Toy Freaks channel for violation of our policies,” a YouTube rep said in a statement. “We will be conducting a broader review of associated content in conjunction with expert trusted flaggers.” 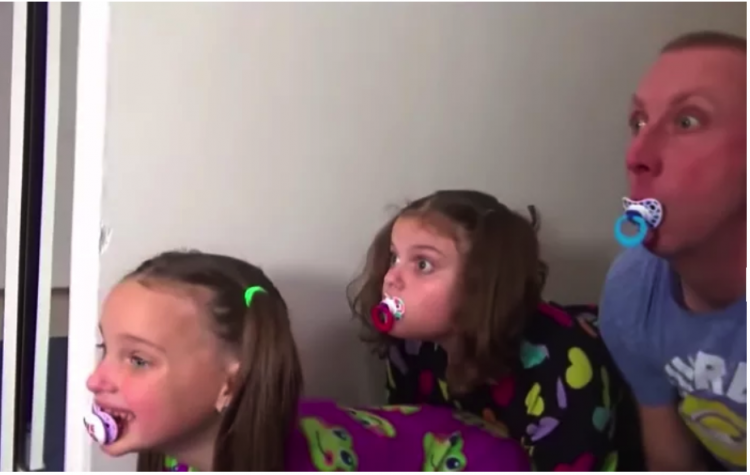 Many viewers flagged the disturbing videos, seeing them as abusive and exploitative. BuzzFeed News was able to pull some of the content from the Toy Freaks YouTube channel before it was shut down, and it is nothing less than disturbing. In some of the videos, the girls are bathing and Chism walks and scares them with animals while they scream and plead for him to stop, describes BuzzFeed News.

Many of the videos also featured both Chism and his children dressing up and pretending to be babies, then fetishizing this baby play further by proceeding to vomit and wet themselves on video: 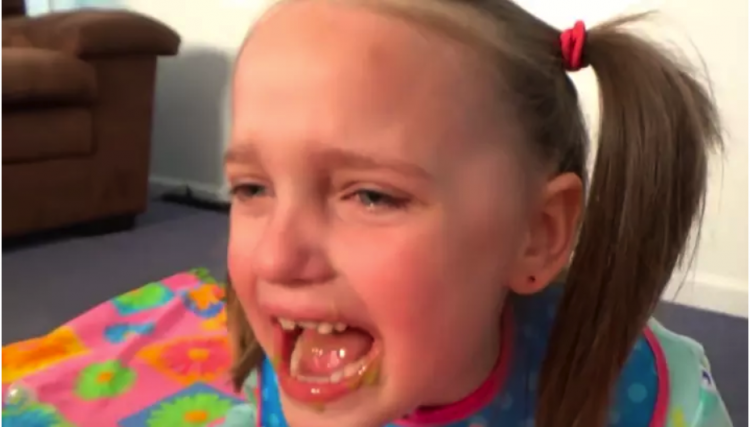 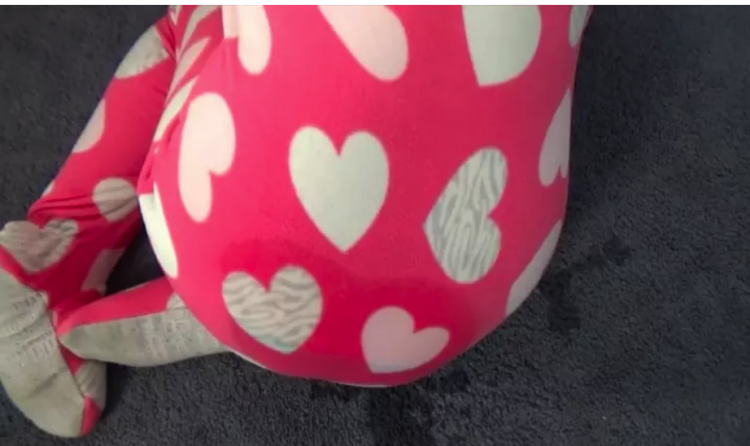 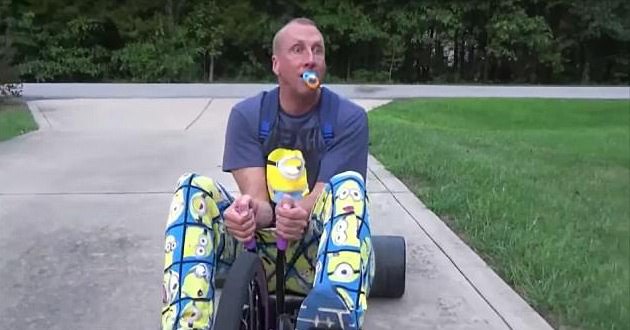 Another video showed the younger daughter Annabelle shrieking and spitting out blood while wiggling her loose teeth. Reddit user Kaida_94 summed up one year ago the biggest problem about Toy Freaks, and that is: This is child abuse.

The channel stars a father and his 2 young girls.This pretentious cunt of a father puts his young daughters under extreme pressure, pain, stress and anxiety and films them. He is profiting off of his children’s pain and suffering. If this isn’t abused, I don’t know what is.

Just looking through the 2 channels’ most recent videos, several offensive and absolutely ridiculous videos pop up, and the deeper you dig, the more crap you find. One of their latest videos sees the father follow his little girl into the bathroom and film her as she’s crying in severe pain, blood flowing from her mouth and her tooth falling out. It’s barf inducing and no mentally stable person or child should ever have to watch it. Another video sees him jump the 2 girls while they are taking a shower and dump a bucket of frogs into their tub, while happily filming them.

Perhaps what’s more disturbing is the way in which Chism allowed his young daughters to become objects of sick fetishizing “fan videos” on YouTube, videos which garnered an alarming amount of views considering their content. Here’s one example, in which an animated Victoria “pees” on her animated dad. It reached over half a million views: 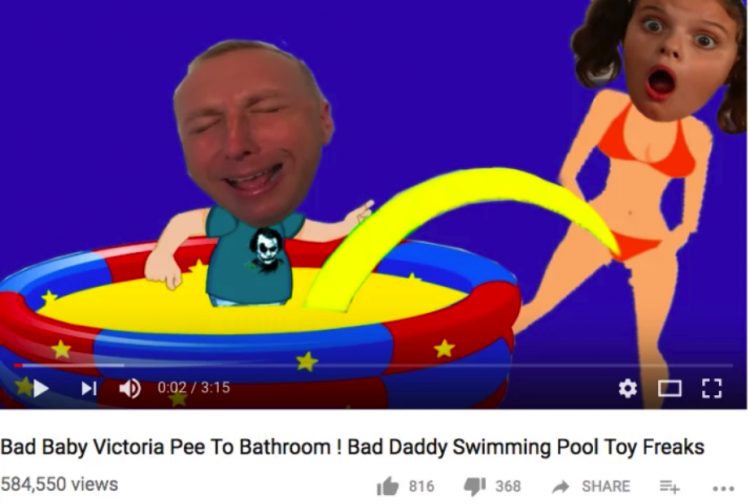 While a disturbing amount of really gross child-fetish videos exist on YouTube, the termination of Toy Freaks is still a win, even when we consider how long it actually took the company to shut it down. Corporate greed is a frightening thing.

YouTube terminated a channel with over 8.5 million subscribers; Toy Freaks – who made creepy videos aimed at kids. Biggest channel termination, ever. pic.twitter.com/j04BQSFS6L

Good riddance. If you have a toddler & occasionally use YouTube as a parenting tool — do not fucking @ me, I deleted it, parenting is hard — the algorithm has shown this dreck to your kids. https://t.co/UG69cNApIl

Toy Freaks removal apparently the biggest channel termination ever. But why did it take us flagging its videos for action to be taken? @Google had to have known that one of its most popular channels was posting exploitative, shocking (and monetised) content for years. https://t.co/mJJRQefEqQ

No wonder why Toy Freaks was gone pic.twitter.com/Do7lx1Q3Rc

Finally, a WIN for the good guys! Youtube has taken down one of the most disturbing and disgusting cult/pedo grooming channels "Toy Freaks". I was the "good baby" who was tortured and made to cry. This isn't acting, this is child abuse #Elsagate #pizzagate https://t.co/XyZvd0lyIa

YouTube is going hard against the fucked up "Kids channels", first Toy Freaks terminated and now Webs and Tiaras. Kids channels with videos meant to traumatize children are so scared that they're now deleting their videos

Hopefully the company will stay true to their “values,” which include removing videos harmful to viewers and especially children. Regardless of how much bank they are making off them.