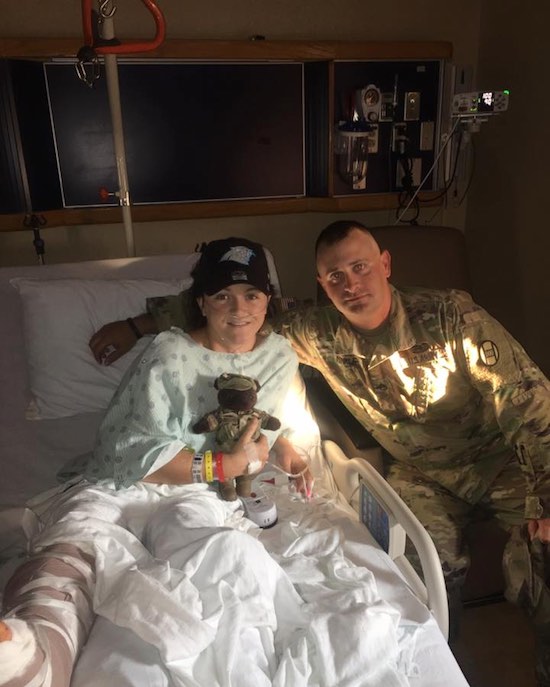 While most people may not feel compelled to run towards a car engulfed in smoke, Staff Sergeant Cory Hinkle says that he “did not think twice”.

Hinkle, who is an Iraq combat veteran, says that he was on his way home from the National Guard base in Charlotte, North Carolina when he witnessed a head-on car collision right in front of him.

When dust flew into the air and one of the cars began to smoke, Hinkle charged towards the vehicles.

The driver of the smoking vehicle, 28-year-old Brandy Guin, was having trouble getting out of the car due to a broken ankle that she had sustained from the collision.

Hinkle then helped Guin to the side of the road where he was able to protect her from what happened next.

“As the fire started to spread in my car, the shocks started to explode and hot debris was flying everywhere,” Guin told WBTV, “He shielded me with his body and said ‘It’s going to have to go through me to get to you.’”

Hinkle says that while he was hit in the ankle by a piece of flying debris, he would not hesitate to do it again.

Guin, who is a mother of two, is healing in the hospital expects to make a full recovery, but she is convinced that she wouldn’t be here today if it weren’t for Hinkle.

“I will forever be indebted to him. He’s a true hero,” Guin said.