Home News Jamaica News See What Happened To A Guy After He Gave A Lady Head!!...

This young man has now been admitted to the hospital after he gave a lady head, only to wake up the next morning to find out that his lips had swollen so much it was about to burst open.

According to his cousin ”I Candice Promotions” who posted his photo on Instagram; 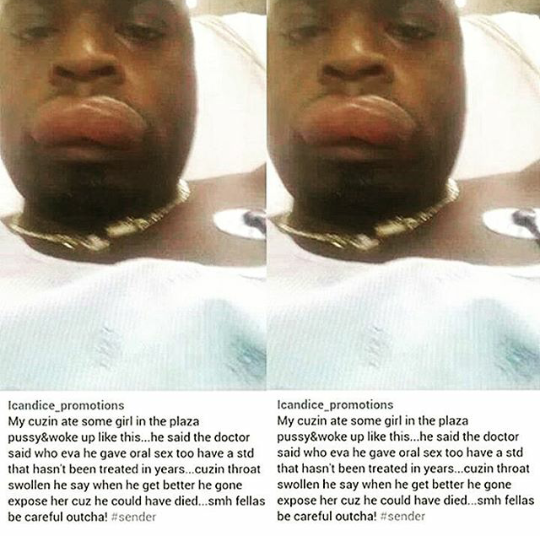 My Cuzin ate some girl in the plaza p**sy and woke up like this… he said the doctor said who Eva he gave 0ral s*x too has severely std that hasn’t been treated in years… my cousin’s throat is also swollen. my cousin says when he gets better he is going to expose her because he could have died…. Smh fellas be careful out there.