It may seem counter-intuitive, but round holes are not the best shape for planting trees.

At first, trees planted in round holes appear to be thriving, Wong writes for The Guardian. But in just a few weeks many starve and die. 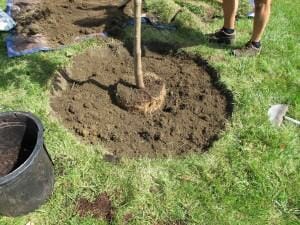 That’s because the sapling takes root easily in the fluffy, fertilized soil the hole is filled in with. But when they reach the hard, compacted soil at the perimeter of the hole, they turn and spiral into a cylindrical shape, as if they were in a container.

“Once the roots mature they will thicken and harden into a tight ring, creating an underground girdle that will choke the plant, eventually resulting in the severe stunting and even death of your treasured tree,” Wong writes.

The simple act of digging a square hole can prevent the whole tangled up mess. 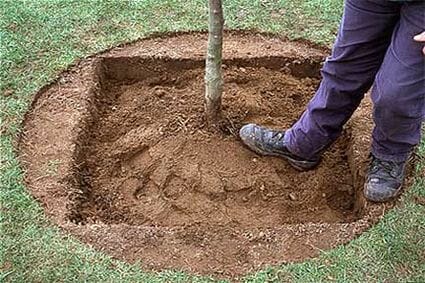 Systematic planting trials have shown that roots are not that good at growing around corners.

”When they hit the tight, 90-degree angle of your square hole, instead of sneaking around to create a spiral, they flare out of the planting hole to colonize the native soil,” Wong says.

To reduce the “container effect” and improve chances of success, even more, Wong suggests skipping the compost-and-fertilizer rich soil.

Instead, he says, just refill your hole with the earth you dug up. This will send the signal for the roots to spread out deeper and wider in search of nutrients instead of staying bunched up.

“While you are at it, prune any twisted or matted roots from the edge of the root ball before you plant the sapling,” he concludes.

“Despite feeling a bit brutal, this sort of root pruning actually triggers the production of compounds that actively stimulate root growth.”