Dancehall star Mavado aka “Gully Gad” took to social media to call out his former manager Julian Jones-Griffith for allegedly Ripping off and scamming promoters by taking deposits for shows that he was never informed about . Gully Gad claimed to have parted way with Jones-Griffith saying; “I ran this white thief along time ago”.

As the saying goes there is always two sides to a story as Vado’s former manager Julian Jones-Griffith also came out swinging in response to the artiste calling him a scammer.

Julian took to his instagram page to give his side saying Gully Gad was the one ripping off promoters and that the $25,000 USD the artiste had received from rapper Drake to build a library in his community went into the “So Special” singers’ pocket and no library was ever built.

Julian went on to make even more serious claims saying the artiste informed the police where to find guns in the Cassava Piece community and also alleged that Vado was an informant in a U.S visa fraud case few years ago where he provided information about other dancehall artiste to regain his US Visa. 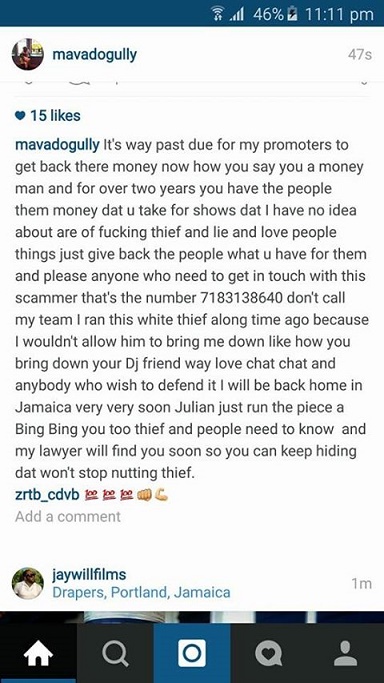 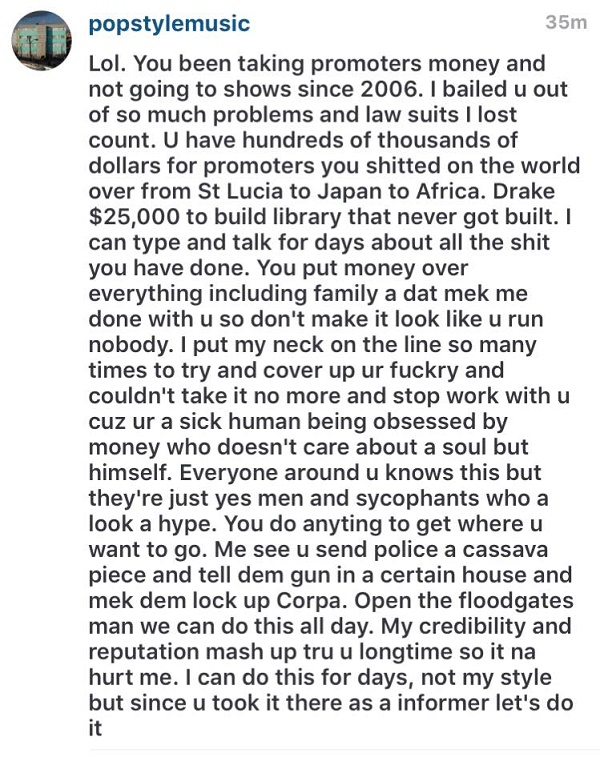