Two years since his People’s National Party (PNP) was voted out of office and one year since he became party president and Opposition Leader, Dr. Peter Phillips is chalking up unfavourability ratings not seen in a long time for anyone serving in a similar capacity. 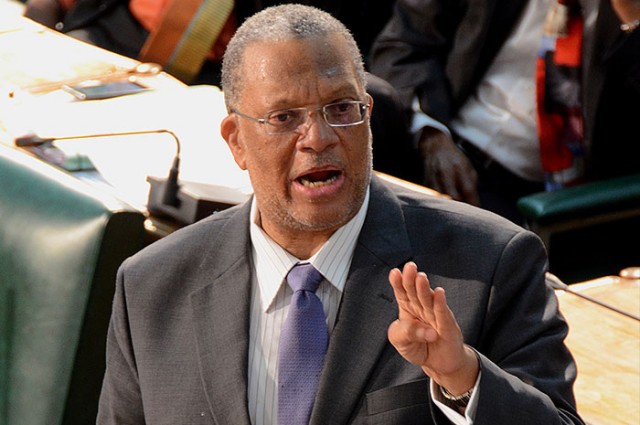 According to the latest RJRGleaner Group Don Anderson poll, Phillips is viewed as unfavorable by a combined 60 percent of the population. In fact, Dr. Phillips has the unwelcome distinction of trailing the PNP by four percentage points in unfavourability ratings.

The poll, which was conducted from February 22 to 26, had a sample size of 1,070 people islandwide and a margin of error of plus or minus three percent.

The pollster found that 33 percent of all respondents rated Dr. Peter Phillips’ performance to date as being “very poor,” while another 27 percent rated his performance as “poor.” Taken together, this reveals a 60 percent negative rating for the Opposition Leader.

Only 10 percent of those interviewed during the survey rated the performance of Dr. Phillips as ‘good’, six percent as ‘very good’ while 24 percent rated him as being ‘average’, according to Anderson.

In the meantime, over half the respondents rated the PNP as poor. Among respondents, 27 per cent rated the performance of the opposition party as ‘very poor’ while 29 percent saw it as ‘poor’ for a combined 56 percent unfavourability rating.

On the flip side, a combined 17 percent of respondents gave the Opposition a positive review for its performance with 10 percent stating that it was ‘satisfactory’ and seven percent holding the view that the party was doing “a very good job.” Another 27 percent rated the party as ‘average’.

Opposition spokespersons, for the most part, have not fared any better. The exception is party Chairman Fitz Jackson, who has gained national prominence for his move to get deposit-taking institutions such as commercial banks to desist from charging customers exorbitant fees.

According to the poll findings, Fitz Jackson was rated the top-performing opposition spokesperson with 24 percent, followed by Damion Crawford with 23 percent. Lisa Hanna was third with 16 percent. She is followed by Peter Bunting and Mark Golding with seven percent each.

Interestingly, the same poll found that three of the top four ‘best performers’ also appeared on the list of ‘worst performing spokespersons’. Topping that list was Lisa Hanna, followed by Peter Bunting and Damion Crawford.

Offering an explanation as to why the same persons are featured in the top four of the best performing and worst performing spokespersons, Anderson said that “to a large extent, exposure, visibility, and perception are the factors that go into rating a particular person.”

“These are the persons that come up generally, in terms of rating of performances and persons who are seen in the forefront of the respective parties.”