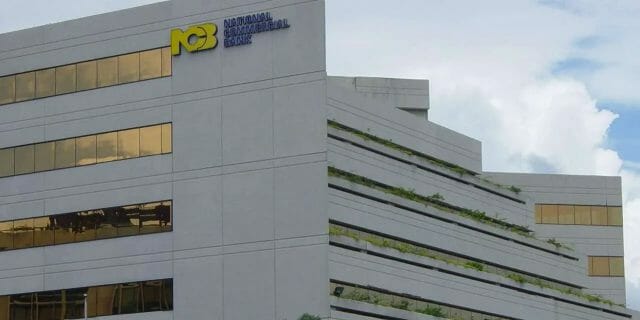 For the second time this week, a fraud scheme has been uncovered at a financial institution.

An employee of the National Commercial Bank was taken into custody Friday afternoon after being accused of defrauding a customer of over US $30,000 or nearly JM $5 million.

It’s understood that the individual, whose name is being withheld, is attached to the Bank’s Wealth Management Arm, NCB Capital Markets Limited.

Reports are sometime last year, the NCB employee forged the signature of a customer and debited his account and then put the sums stolen to their account and others.

Sources say the amount could increase following an audit being conducted by the bank.

This is the second fraud scheme uncovered in a financial institution this week.

Investigators are currently gathering information from potential victims and are urging anyone who believes they’ve been affected to come forward.

Legendary Olympian Usain Bolt is among those believed to have been fleeced.

Meanwhile, the Financial Services Commission has confirmed its enhanced oversight of SSL.

This means the investment firm can continue to do business on behalf of its clients but is barred from doing any sales or trading of assets without the permission of the FSC.