A 26 years old Nigerian is credited for building the world’s first gaming robot. He is the highest-paid person ion the field of robotic engineering. He achieved this feat only after signing a new deal with the world’s most reputed robotics manufacturing company, Apple Inc.

he was also named as the ‘’person to watch in 2018’’ by the Black Hedge Fund Group.This was reported by thebossnewspapers.com. Adekunie is now the CEO and founder of the Reach Robotics, a company that is involved in making the world’s first gaming
robots. 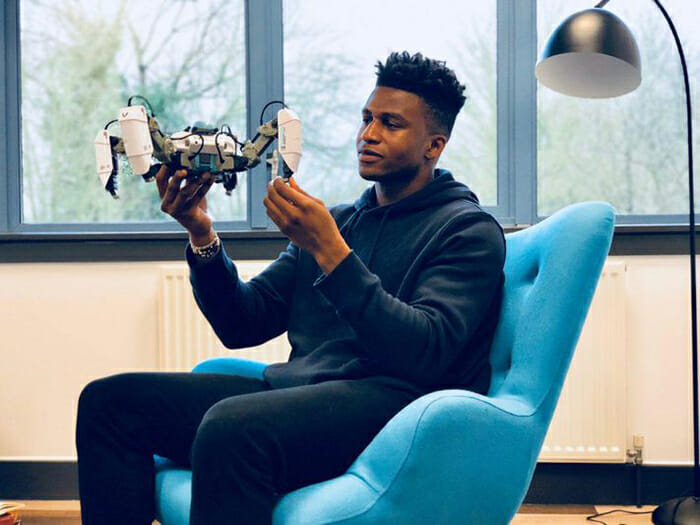 He has recently graduated with a first-class degree from the university and has a four-year background in the science of robotics.
He was born in Lagos, Nigeria, studied in Nigeria before migrating to the UK as a teenager. After completing his secondary school education he proceeded to the University to the west of England where he graduated with a first-class degree in robotics. 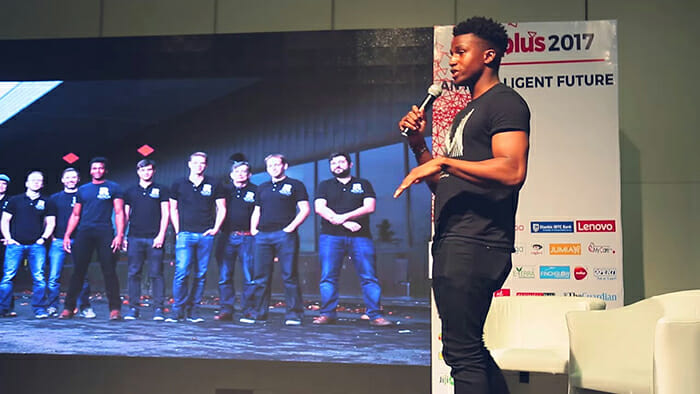 Within a space of four years in 2013, he founded Reach Robotics and developed a lot of experience in robotics.

He was also a team leader of the robotics in the school program the program encourages and pays attention to students in science, technology, engineering and mathematics (STEM). 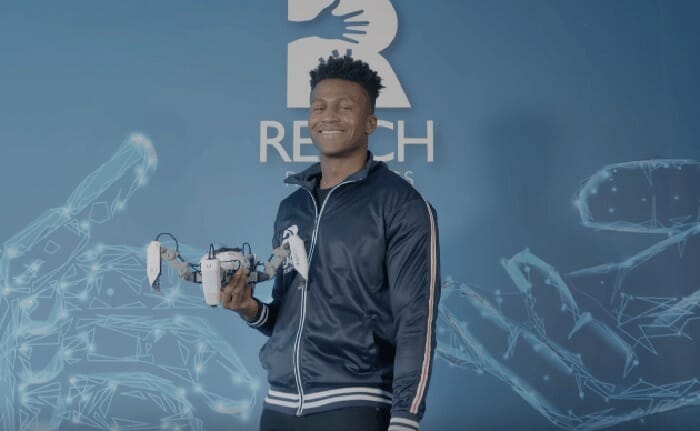 The program encouraged him to develop robotics to make education more entertaining for STEM students. In 2017, he released the world’s first gaming robot that could be customized to perform many personalized functions. The initial launch of the robot sold about 500 robots and generated $ 7.5 million according to The Guardian. 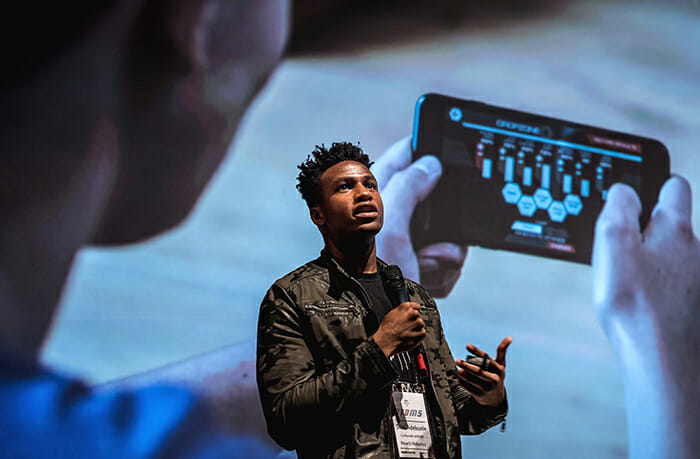 Following which he received the support of various organizations and in the same year his company signed a contract with the famous robotics company, Apple Inc securing exclusive sales at the Apple stores all over the world. Impressed by the quality of his robots and their ability to show emotions The Apple stores priced his four-legged robot for $300 and put them for sales in nearly every store in the United States and Britain.