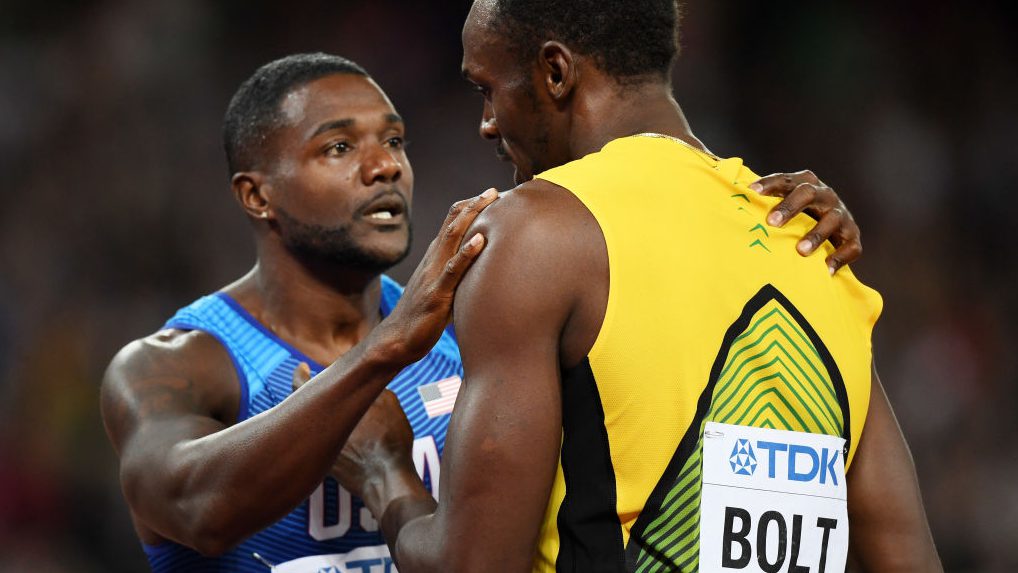 American sprinter Justin Gatlin has declared that he is the world’s fastest man, despite Jamaica’s sprinting superstar Usain Bolt holding the world records in both the 100 and 200 metres.

The comment came three months after Gatlin was crowned the 100-metre world champion in London.

In an online story published on NBCSports on Wednesday, the publication said the 35-year-old Gatlin made the comment earlier this month at the USATF Black Tie and Sneakers Gala, and countryman Carl Lewis, a two-time Olympic 100-metre champion, agreed.

The article quoted Gatlin as saying, “I would consider myself the world’s fastest man because I won the (most recent]) title at worlds in August,  but you have to pay homage to Usain Bolt. He has the fastest times in the world.”

Gatlin pointed out that he will be considered the world’s fastest man until at least 2019, as the 2018 track and field season is without a global championship.

“The one who won (a global title) last is the world’s fastest man,” Lewis said. “That’s Justin. He was the last one to win it. You can’t go back two times ago.”

Gatlin, who was banned twice earlier in his career for doping offences, won the 100-metre final at the 2017 World Championships on August 6 at the London Stadium.

It was not the ending that Bolt, nor most fans of athletics, wanted in what was the final individual event of the Jamaican’s illustrious career.

Bolt, an eight-time Olympic champion and 100-metre world record holder, could only bow out of the event he has taken to new heights with a bronze medal.

Gatlin took the gold medal in 9.92 seconds – 0.02 seconds clear of the young American, Christian Coleman, who took silver, with Bolt a further 0.01 seconds behind.

Gatlin’s goal for 2018 is “just running fast”. He plans on entering fewer races, but also competing in smaller meets in locations around the world that he would not normally visit.

Gatlin, who finished second to Bolt in the 200m at the 2015 World Championships, is not sure whether he will continue to race in that event. He has not since bowing out in the Rio Olympic semifinals.

Both records were set at the 2009 World Championships in Berlin.