Tommy Lee Sparta, whose given name is Leroy Russell, was detained by the police over the weekend, and is reportedly being held in the parish of St James under the emergency powers of the State of Public Emergency, a move that his lawyer believes is a clear violation of his constitutional rights. 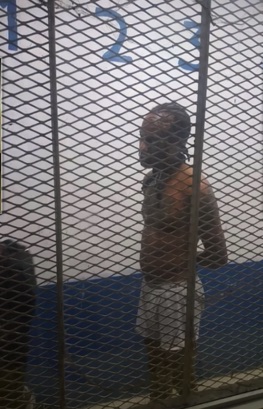 “Her Honour, Miss Wong Small ordered that the Police ought to justify the continued detention of Mr Russell on or before Tuesday, next week, which is the 29th of May. So we will be in Court on the 29th of Mayhoping to have a greater understanding as to why is it that Mr Russell is in custody,” Donahue Thomas told reporters in Montego Bay on Tuesday.

The writ of habeas corpus was filed on Russell’s behalf by attorney Tom Tavares-Finson and Donahue Thomas.

Tommy Lee is already facing lottery scam charges. He was charged in 2014 under the Law Reform Fraudulent Transaction Special Provisions Act. He is expected to return to court to answer these charges in July.

The artiste is known for songs such as ‘Some Bwoy’, ‘Warn Dem’ and ‘Dismiss’, as well as recent ‘diss’ songs aimed at rival artiste, Jahmeil, with whom he has been feuding.