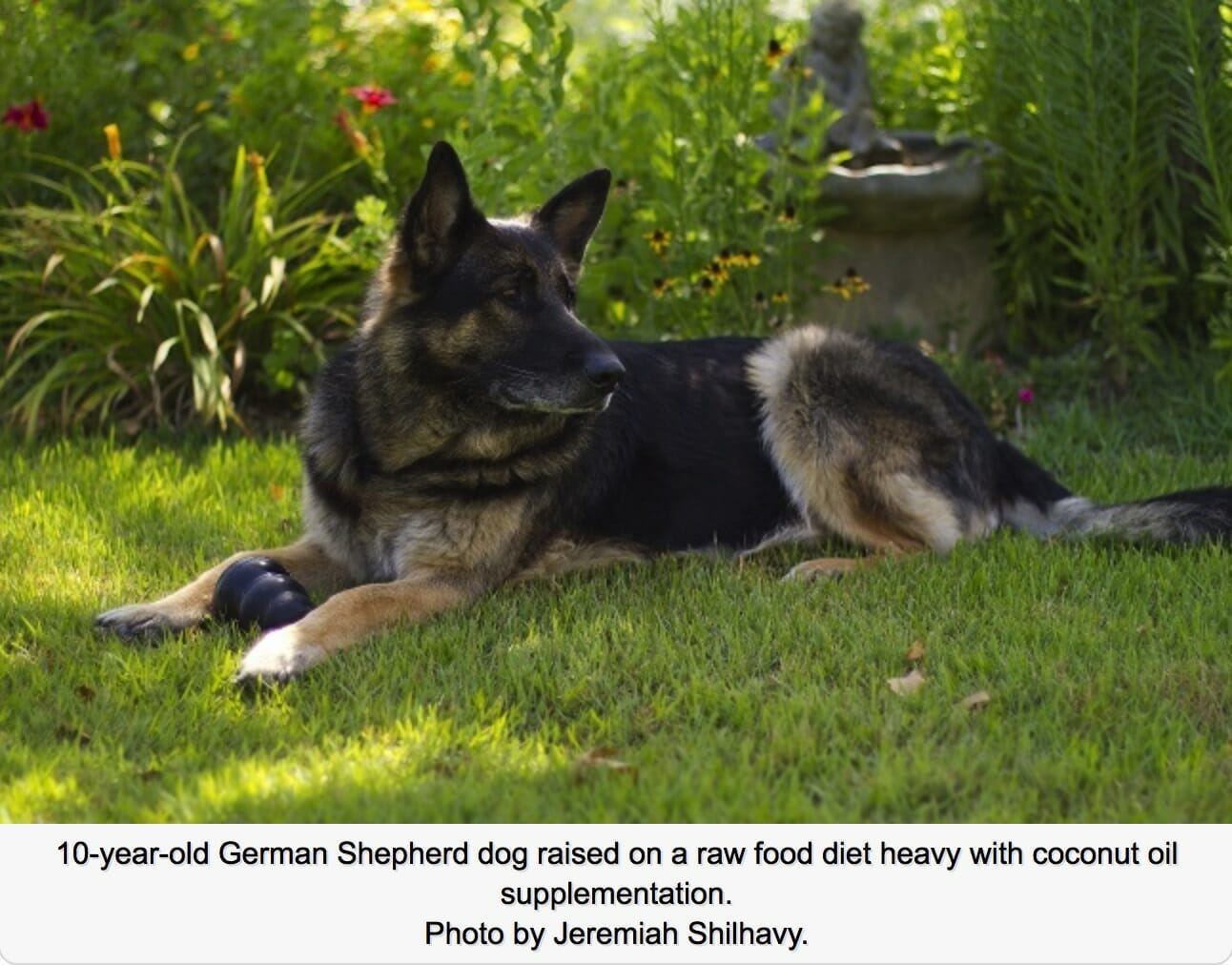 Getting Coconut Oil into Dog and Cat Food, and the story of an Old GSD

Coconut oil is well known for being rich in health benefits for people, but this product is also highly beneficial for dogs and cats as well, and for pretty much all of the same reasons it’s great for humans. Incorporating coconut oil into cats’ and dogs’ lives both topically and internally will undoubtedly lead to dramatic improvements in their overall health.

Coconut oil is commonly used topically for skin and hair conditioning and moisturizing, as well as a balm for cuts, burns and other wounds. Coconut oil works just as well for animals for these topical treatments. In addition, coconut oil is a natural repellent to fleas and ticks just by smoothing some over the animal’s coat like you would a leave-in conditioner. Adding coconut oil to your animal’s diet will also give them many, if not all of the same health benefits it does for people, including, but not restricted to: bone health, cardio vascular health, weight management, diabetes, and digestion.

Getting started is easy.

Large-medium sized breeds: 1 measuring teaspoon to start, gradually increasing to 1-2 full, generous tablespoon size (measuring or eating type) over the course of 1-2 weeks. Add to food once a day and serve.

Small-toy dog breeds and puppies: 1/2 – 1 measuring teaspoon to start, increasing to 1 full tablespoon over the course of 1-2 weeks. Add to food once a day and serve.

Adults: 1/2 measuring teaspoon to start, increasing to 1-3 teaspoons over the course of 1-2 weeks. Add to food once a day and serve.

Kittens: 1/4 measuring teaspoon to start, increasing to 1 teaspoon over the course of 1 week. Add to food once a day and serve.

Discernment and common sense must be used in determining what is best for your pets. An overweight dog or cat will need more, while a healthy and fit one won’t. Kittens and puppies grow quickly and may not need as long of a transition period. Coconut oil will help digestive health, but it also may loosen stools. If that happens, simply cut back and go slower on moving their intake up and/or add pumpkin purée.

Believing that coconut oil is such a fantastic, “does everything” type of product may seem like quite the stretch for some with a healthy dose of skepticism, as was the case with one vet who inspected my 10-year-old German Shepherd on our last visit. This animal was raised and kept on a raw food and coconut oil diet. Our family was the first to import virgin coconut oil to the U.S. from the Philippines more than 13 years ago, back when no one was eating coconut oil due to the anti-saturated fat scare. We saw dogs and other animals flourishing on coconut oil while living in the Philippines, so when we moved back to the U.S. in 2002 it was completely natural to start giving coconut oil to our dogs and cats here. Hence, my 10-year-old German Shepherd is probably one of the few animals in the United States today that has been on a diet heavy with coconut oil like this for so long.

This alternative diet consists of raw meat with the bones of small animals (mostly soy-free chicken), just a little bit of organic vegetable scraps (including some dried coconut), other whole raw meats (e.g. lamb, bison, or meats from other pastured animals), occasional organ meats (liver, heart, etc.), a raw egg every other day and a big heaping spoonful of coconut oil every day. In addition, wild Alaskan canned salmon was added on occasion for the omega 3 fatty acids. We didn’t use any grains and we made the food ourselves as opposed to buying commercial pet food.

This diet works far better than any kibble on the market. The German Shepherd has always been in fantastic health with bright eyes, shiny coat, strong joints (a feature that is very weak in American German Shepherds, especially in their hips) and fantastic digestive health (see photos below).

However, within the last few years, his skin began to show signs of aging – small warts appearing here and there. I didn’t like it and dragged my very reluctant 90-something pound animal into the vet’s office. She looked at him and gave a bit of a ho-hum shrug and said it was no big deal.

“It may be dust allergies,” she said, prescribing a Chinese herbal remedy. “He’s in fantastic health. How old is he?”

About two years later, the warts appeared again. I didn’t like it. I dragged him into another vet; this one was non-holistic. It was hysterical.

“What skin conditions?” she said, looking my dog up and down. “He’s in great health. How old did you say he was?” The old animal looked at me with slight indignation. You dragged me in here for nothing.

Recently, I took my dog and cat in for a check-up to a mostly holistic vet clinic, but because of various reasons I somehow ended up with two very non-holistic vets. First one, then the other came in, stared at my dog, and asked me to repeat his age at least twice, while inspecting him up and down. I yammered on and on about his skin and how worried I was about it, until finally the vet sat down and made me shut up.

“He’s in fantastic health. His hips are great.”

“He jumped into the back of the SUV all by himself this morning.”

Her jaw nearly fell off.

“Did you hear that?” she said to the other vet. “He’s 10 and he’s still jumping into cars. He’s also on a holistic diet!”

Long story short, this very non-holistic vet politely told me that my worry was nonsense, his skin was simply showing minimal signs of normal aging, my dog had the health of a much younger dog, and please tell me all about what you are feeding him. Obviously, I told her all about coconut oil. She listened with great interest, took a lot of notes, then finally shrugged, admitting she wasn’t very “into” or familiar with the holistic background, but whatever it was, it was working.

Not only is my GSD a living, breathing, testament to the numerous health benefits of coconut oil and a holistic diet, but the newest animal member, a young ginger kitten has also already been showing signs of health improvement. The kitten is a shelter rescue and came with ear mites, an eye infection, scruffy, dull coat, scrawny, big, bright eyes and a loud voice. Just a few weeks later, his ear mites are gone, his coat is softer, shinier, and thicker, his eyes, after just a few treatments of coconut oil (light coating of coconut oil around the eye and on the eyelid) are free of all signs of infection and he’s just as loud and even more bright-eyed than ever. He has also put on weight and no longer looks scrawny.

To get all these health benefits for your own animals is just as easy as mixing it into their food or simply taking a few minutes to apply it topically for skin health.

The old German Shepherd may be slower to get up in the morning, quicker to lay down after a few runs after the balls, have more gray around his snout and not as muscular as he once was, but he’s still running, jumping, eating like a hog, and wagging his tail more than his body can handle. Coconut oil has undoubtedly had a dramatic impact on his health. 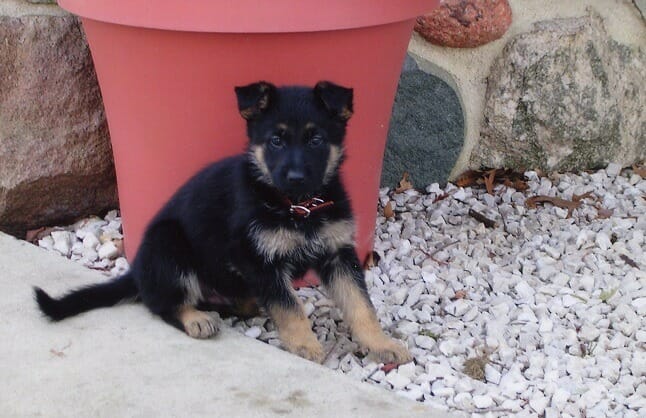 My German Shepherd as a puppy over 10 years ago. 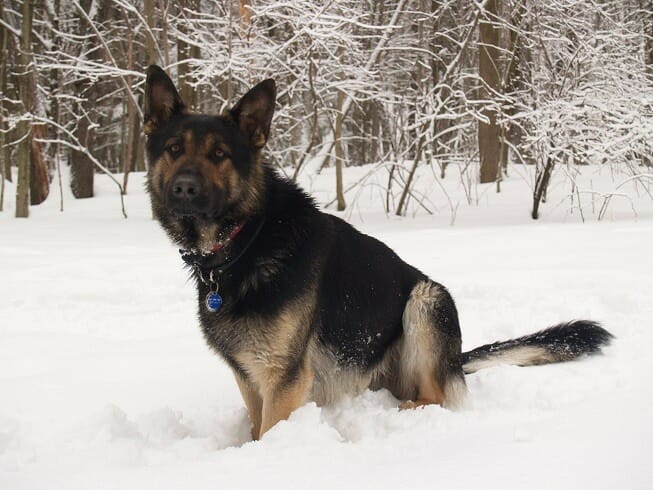 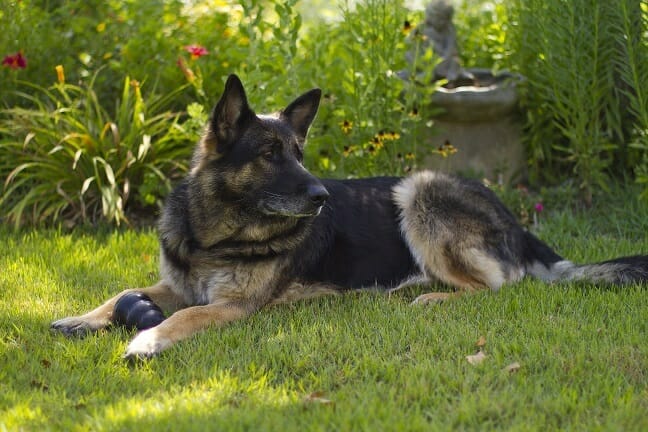 Virgin Coconut Oil:
How it has changed people’s lives and how it can change yours! 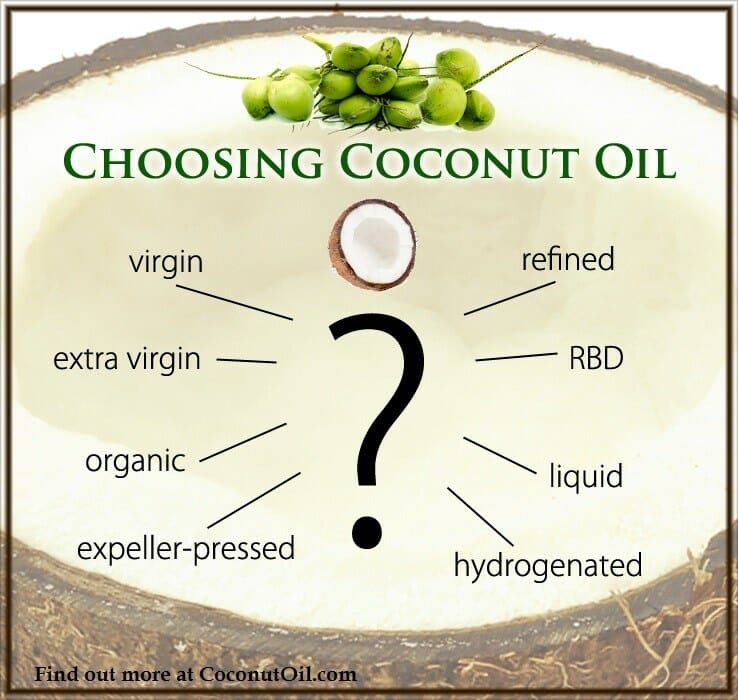