At age 18, when most teenagers are about to embark on their first job or begin university, Jamar ‘Venom Hype’ Allen was living in the fast lane. 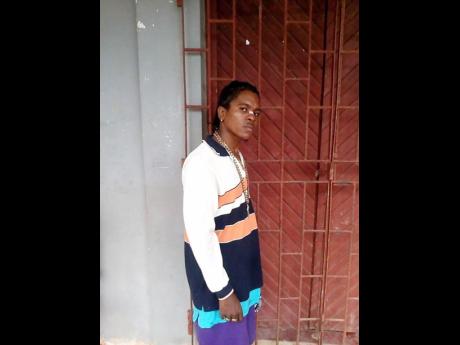 A typical day in his world would involve fly cars, partying and girls. The Montego Bay-born Allen told THE STAR that his involvement in lottery scamming paid for his lavish lifestyle, but he decided to give up all criminal activity for farming following the death of one of his close friends.

The 26-year-old, who is also an up-and-coming entertainer, said that he was introduced to illegal trade by a schoolmate.

“Me did know say his parents was so poor and me used to see him with some flashy tings and money, and me continue to ask him how him dweet and him eventually let me in on it,” Allen said.

“Him end up dead now still because da scamming ting deh cost nuff people life. Right now, me encourage every youth fi work fi dem honest bread. A bare de Laurence and bad mind involved. Me fren a drive him drop top Benz inna MoBay, and it just turn over and kill him, and di car neva have no mechanical problem,” he added.

Allen told THE STAR that although he was only involved in lottery scamming for a few months, he made millions of dollars, all of which was wasted because of his immaturity.

He said that he continued life in the fast lane until he was nabbed by the police in 2010 while he was exiting a Western Union location in Montego Bay.

“This time me buck up inna some serious police. Two times before some other police hold on pon me and take weh di money and let me go. But dem one deh nah give no bly,” he said.

After spending six months behind bar for lottery scamming, Allen said he relocated to Kingston with the hopes of re-embarking on a music career, but by then his mentor Vybz Kartel was already behind bars.

“I was never signed to his label but had connections to him musically. But when he got incarcerated, things slow down. Never go back a MoBay because is like di police dem take set on me,” he said.

Reflecting on the life that he lived, Allen said he made a big mistake by getting involved in lottery scamming.

“Looking back at my life, I made some really messed up decisions which could have gotten my family killed. Gang life is no joke thing. It can never do no good for anyone. I even tried to kill myself by ingesting some tablets, but God spared my life,” he said.

These days, he is satisfied with his life as a farmer in St Mary. He told THE STAR that his days are spent on his farm planting or reaping his crops while honing his musical craft.

“Nah tell no lie, farming not as profitable as scamming, but me life is way more comfortable. It feels good fi know say nobody no out there anymore a bawl cause me take dem cash and no police nah look fi mi. Me just a go use this farming ting and nurture mi music career because a deh so me interest lie,” he said.