Parents are now looking to get their children as far away from the Kids Discovery Learning Center in Valparaiso as they can. After allegations surfaced that daycare worker Christina Marie Curtis, 25, managed to break the legs of four toddlers in one day, the daycare came under fire for its failure to keep kids safe and sound.

Because four children suffered the same injury on the same day at the daycare center in Florida, authorities grew very concerned and worried – and soon found that there was one culprit to blame for the horrendous abuse.

Now Curtis has been arrested and charged with child neglect for her bad day at work on May 21, 2019. Since she was in charge of the four children, who all broke their legs on that day, authorities knew that she was the first person to investigate. 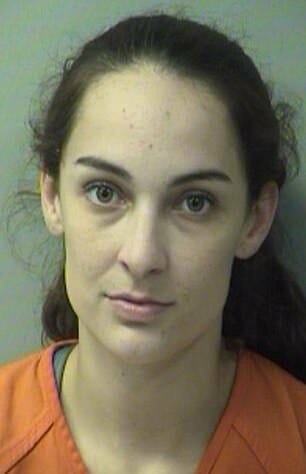 The police report indicates that Curtis showed no care or empathy while watching the injured children. She reportedly jerked and violently abused the delicate children. She allegedly threw one baby into a wagon and jerked another through the air.

Curtis, who comes from Forth Walton Beach, was not arrested and held in custody shortly after the injuries were revealed. Instead, Florida authorities took their time gathering the necessary evidence to get Curtis behind bars for a substantial amount of time. However, during that time, she could have been putting other babies at risk – especially since she was able to break the legs of four babies on the same day.

Florida authorities finally gathered enough evidence to charge Curtis with four counts of felony child neglect. She has lost the ability to work in schools or childcare facilities. But that has not done anything for the victims of Curtis’s abuse at the Kids Discovery Learning Center in Valparaiso. Those victims need justice.

The babies who suffered Curtis’s abuses were between the ages of 13 and 21 months. That means they were tiny children who needed care – not anger and rage.

The injuries were left untreated for hours. Only when the parents came back to pick them up did they notice that the babies could not stand properly and be unable to walk. A visit to the doctor revealed the obvious fact that these children had gotten their legs broken while being watched by Curtis.

Not only did Curtis behave in a way that put the lives of these babies in danger, she purposely ignored the parents’ special requests. For example, mom Terika Graham asked Curtis not to let her daughter play outside that day since he had a rash. When she picked him up later that day, she found her baby covered in dirt and his leg broken.

“When I picked him up, he had dirt all in his hair. I don’t know if they let him crawl around out there or what. It took the daycare three days to give me any kind of explanation,” the mom told the News-Herald.

Graham’s baby suffered a hairline fracture during the day of abuse. But he is recovering.

Curtis paid her low $4,000 bond is out free, waiting for her day in court.