Dancehall Recording Artiste BLIND? Well, we all know that singer/songwriter “Insideeus” cornea is tattooed red since ages now but, he decided to get the ink removed. According to his family member “Insideeus” silently left Jamaica to the United States not only to enhance his career but to get the ink surgically removed. 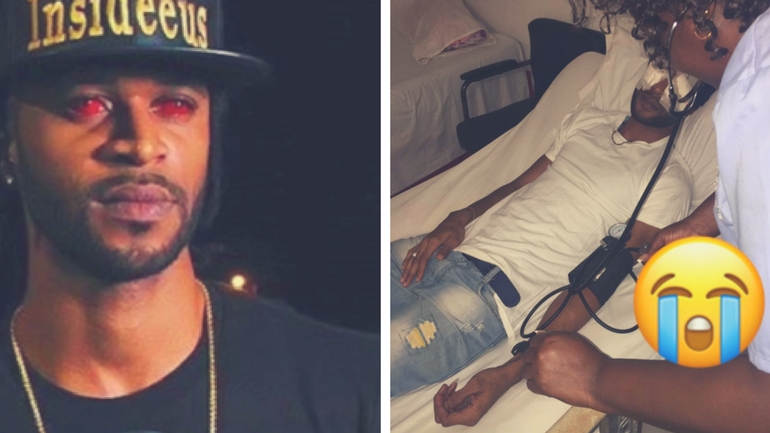 Numerous ‘sources’ are stating that “Insideeus” is reportedly blind. Critics are suspecting that he got the cornea ink removed due to side effects emphasizing that the tattoo was depleting his eyesight. The dancehall artist is currently in bandages and in complete darkness.

By contacting an optical surgeon he stated that cornea tattoos may affect the optical nerve followed by the temporal lobe over a period of time.

With that said the surgical extraction will put ‘anyones vision at risk’ due to the optical being connected to the temporal lobe which sits in the back of the brain. Many are hoping “Insideeus” will be able to see the faces of loved ones and music sheets again.

People, especially his fans are saying that he cannot do anything for himself at the moment, is in excruciating pain and traumatized by the fact he may never see again. “I’m hoping he gets back his sight and if not continue to push great music” and “Jahkno star mi need fi di Pecadores Boss fi come back to good health mi nuh know y him go remove it fah, mi a pray,” said his fans. ‘Stay tuned on all media, we are currently working on speaking to “Insideeus” himself for the full scoop.’

Watch The Video Below

Dancehall Artist “Insideeus” is more popularly known for his smashing hit single “despicable whine” which can be Streamed down below: