Photos of Dancehall Deejay ‘Insidius‘ circulated on social media websites over the weekend. 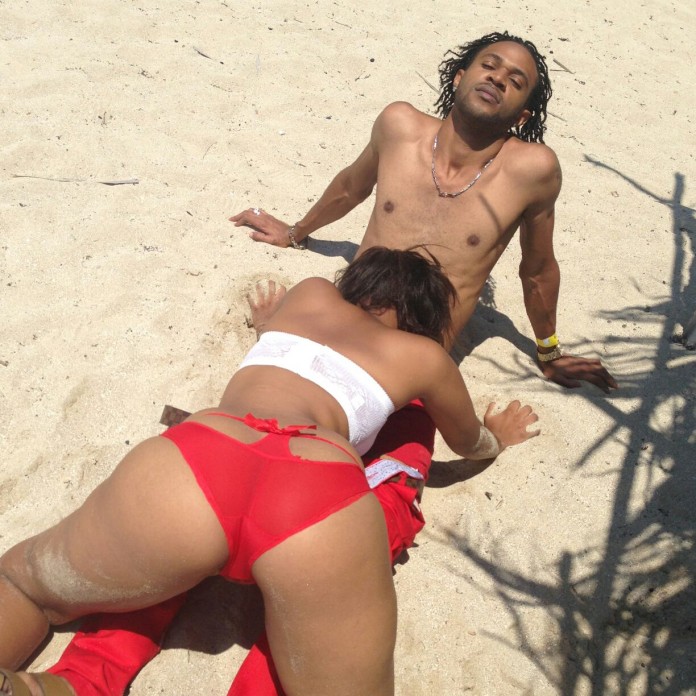 In the photos, the self proclaimed ‘Bad & Devious‘ artiste is seen on a beach with some very freaky females in various positions giving him a blow job, he is known for songs like ‘Likkle Likkle‘ and ‘Trend‘ The photos of the Deejay and the lesbians were leaked online by one of the females on the beach but later deleted according to online reports, But we have managed to save them for your viewing pleasure. 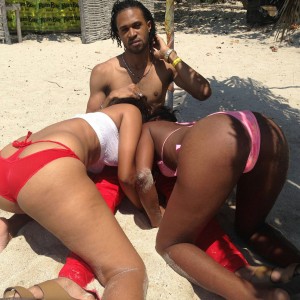 Our news team made efforts to get in contact with the artiste in which he said ”I had no idea the photos where gonna be uploaded on social media naah mean, i was just on the beach with the girls and after a couple drinks we had a great time and in the midst of everything one of them decided to make a ‘Bad & Devious’ move after listening to my song ‘Buff‘ which the video for that single was removed from Youtube and facebook multiple times but its still on my Official Facebook profile.

She said she felt as if she needed to give me a head haha, i bursted out in laughter still naah guh lie then i said okay lets go to the rest room then her friend said ‘Yuh Mad, or u scared? why not here? so i just do what guys do best and have fun, i mean u can’t blame me for that” said the entertainer. However ‘Insidius‘ said to look out for hot videos and songs from him throughout the year.