Dancehall and reggae artiste Jahmiel is determined to widen his fan base this year. Following a successful tour in the US that concluded late last month, the entertainer headed to Gambia for a performance, where he pulled out more than 20,000 patrons at the Independence Stadium in Bakau. 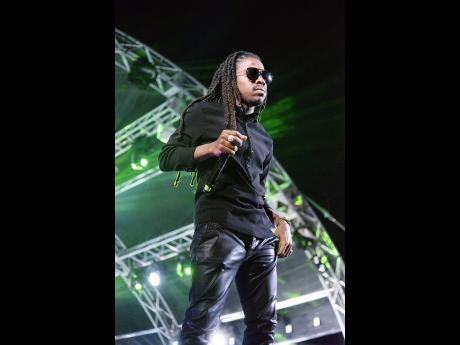 Dancehall artistes like Jah Vinci and Busy Signal are known to pull huge crowds in African countries. However, for Jahmiel, who was making his debut appearance in the country, receiving such a huge turnout is a big deal.

According to the artiste, the experience was overwhelming.

“The fans sang word for word songs that I’ve made so early in my career, which made me realise many of them have been on this musical journey with me from day one. Big up all Gambians. One Love.”

Jahmiel also gave his team credit for his recent successes, saying that his career is going in the right direction.

“I am not one of those artistes focused on fighting for the number-one spot in Jamaica. The world is huge, and I just want to spread reggae and dancehall to the four corners. My team has been working to accomplish that, and I see where we are making progress in that regard,” he said.

“I am more than charged right now for performances. I was a bit nervous, but never intimidated, because I have confidence in the music I make. Music is not selling like before, and so it is important that we travel as artistes and are able to pull audiences to venues.”

With only three years since his breakthrough record Gain The World, Jahmiel has been able to carve a path for himself as one of the most sought-after artistes out of Jamaica. He is next set to co-headline three shows in the UK alongside Tarrus Riley and Cham.