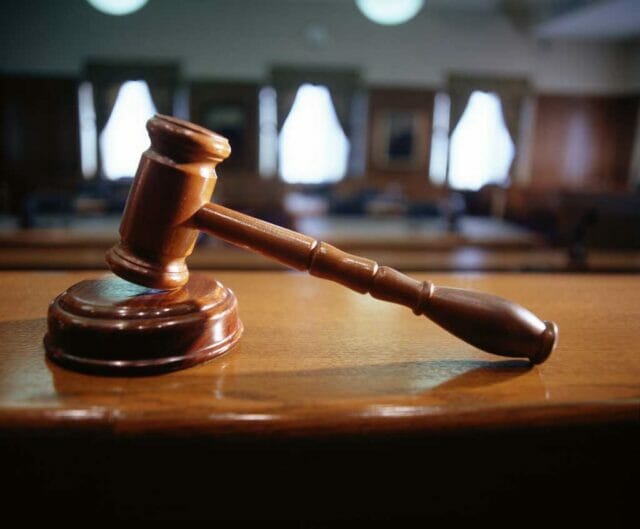 A Chinese wholesaler was on Tuesday ordered to pay $60,000 in restitution after she pleaded guilty to throwing water in one of her employee’s faces.

The accused, Jianwai Zhao, told Senior Parish Judge at the Kingston and St Andrew Parish Court, Lori-Ann Cole-Montague, that she did not throw a cup of water, as was reported.

She insisted that it was only a “likkle bit” of water.

The allegations are that on October 10, the complainant was dealing with a customer and asked Zhao for the price of the item the customer had requested.

The Court was told that Zhao started to yell at the complainant, which started an argument between the two, resulting in the accused throwing a cup of water in her face.

She was later arrested and charged with the offence of common assault.

When the judge asked Zhao if she understood the allegations brought against her, she responded that she did not. Which then prompted an attorney to offer his counsel pro bono to the accused.

However, there seemed to still be an issue with the accused understanding what was being said, leading Cole-Montague to propose speaking in Jamaican Creole, as according to the judge, “they understand the patios better than the English.”

“I am satisfied that she understands the nature of the charge,” Cole-Montague responded, then added, “Alright, you shouldn’t do dat, you know dat.”

Speaking up, the complainant indicated that Zhao has been abusive in the past. She said the woman threw a bottle at me and “swell up mi foot.”

It was then decided that Zhao would be required to pay restitution to the complainant. However, hearing this, the accused said she was only prepared to pay $5,000.

The complainant said she would “settle for $90,000” because she was humiliated in front of the customer. She also added that she resigned two weeks ago and still hasn’t gotten paid.

“That’s offensive. Somebody throws water at somebody, and this is a woman of sufficient means and she’s telling the court that she is not prepared to pay more than $5,000?”

The judge then instructed the court police officers to take Zhao to the holding area.

“Take her downstairs. [That’s] very offensive. [She] admitted to throwing water in the woman’s face, her employee, and she is going to tell me no more than $5,000,” Cole-Montague said.

Turning to the complainant she said, “Weh you say, you left the work two weeks now and nuh get nuh pay yet? Don’t worry me soon deal with her.”

When Zhao was taken back into the courtroom almost two hours later, the judge informed her that since she has pleaded guilty to the offence, she is empowered to make an order for compensation to be made.

This seemed to infuriate the judge, who reminded her that she told her she indeed threw water in the complainant’s face, albeit not the amount that the prosecutor had indicated.

“No, no, a nuh dat you tell me, an’ the full courtroom did in here when yuh did tell mi so,” Cole-Montague responded.

This resulted in the accused attempting to convince the judge that she did not admit to throwing the water in the complainant’s face for approximately five minutes, with Zhao even shouting a number of times.

Looking as if she has grown tired of Zhao’s antics, Cole-Montague informed her that she is ordering her to pay $60,000 in restitution by Thursday or else she will be remanded.