Home Health & Wealth Elderly Man with Terminal Cancer Walks Out of Hospice after Treatment with... 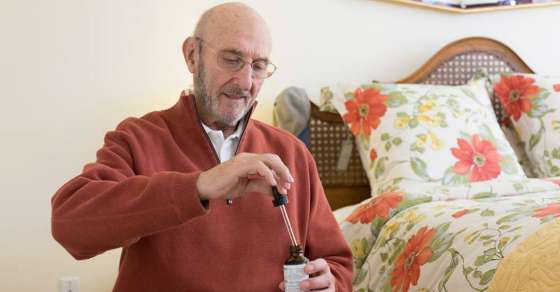 “After nine months of taking two different forms of cannabis oil, one, a cannabis capsule infused with organic coconut oil around 10:30 am and high THC oil about an hour before bed, dad was given the life-changing report, “No evidence of recurrent disease”.” [2]
– Corinne Malanca (Stan and Barb Rutner’s daughter)

All these statements by the cancer industry are patently false. Poison is poison; it kills indiscriminately. Chemo and radiation are poisons posing as medicine. In fact, mainstream cancer “treatment” is the leading cause of secondary cancers.

Dave Mihalovic a Naturopathic Doctor who specializes in vaccine research, cancer prevention and a holistic approach to cancer treatment stated:

“No chemotherapy drug has ever actually cured or resolved the underlying causes of cancer. Even what mainstream medicine considers “successful” chemotherapy treatments are only managing symptoms, usually at the cost of interfering with other precious physiological functions in patients that will cause side effects down the road.” [1]

The protein was taken up by tumor cells neighboring the damaged cells.
“WNT16B, when secreted, would interact with nearby tumor cells and cause them to grow, invade, and importantly, resist subsequent therapy,” said Nelson. 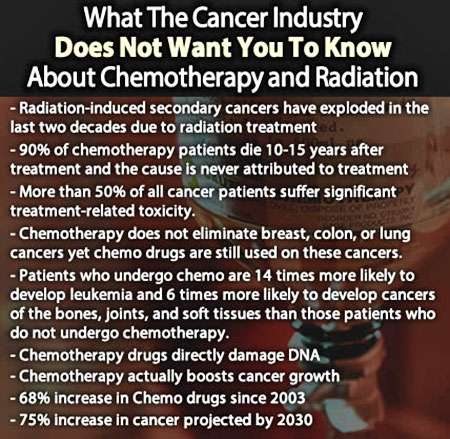 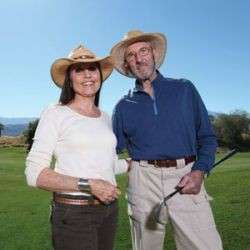 Stan and Barbara Rutner are a devoted, couple who have been together 59 years. They both have hard-won experience battling cancer. Roughly 25 years ago, Stan, a retired dentist with a lucrative mini-storage business was diagnosed with non-Hodgkin lymphoma, while Barb had successfully battled breast cancer twice. Stan remembers: ”I just thought I had a cold, flu, type thing. That was it . . . I wasn’t thinking cancer at all.” [3]

After six months of aggressive, standard allopathic, treatment, Stan’s cancer was in remission – that was back in 1989. Meanwhile, Stan had moved on with his life; his bout with cancer faded into the deep dark recesses of his memory. Of course, Stan didn’t expect after all those years of remission he’d be fighting cancer again in 2011 but as mentioned above that’s not uncommon for those who undergo conventional cancer treatment. His initial symptom this time was a persistent cough, otherwise, he seemed fine.

Somewhat concerned he made a doctor’s appointment. The initial diagnosis was early stage pneumonia. The doctor noted that there were some unusual looking spots on his lungs that needed follow-up after pneumonia had cleared. Numerous tests later and revealed the “spots” were cancerous nodes in the lungs. But there’s more. Stan’s final diagnosis: Stage 4 Lung Cancer with Metastasis to the Brain. Stan recalled how his doctor broke the news, ‘You’re in deep shit.’ Stan explained. “Yeah, he didn’t sugar coat it at all.” But it gets worse much worse. Down the road doctors discovered that cancer had metastasized to his brain. [3]

This time, the chemotherapy and radiation, really took a heavy toll on Stan. Shortly after treatment began [March-April of 2012] Stan was plagued with debilitating fatigue, wasting away, weight loss and chronic nausea. Not a pretty picture especially for someone pushing 80.

Barb Rutner: “After that, he was wiped out. He was very thin. So we finished radiation to his brain on June 25, and on July 13 he entered the hospital for the first time with radiation pneumonitis (inflammation of the lungs due to radiation therapy), so pneumonia. There were three hospital visits during that time, and on the third, they kept him for a week and started him on oxygen 24/7. And then he went into palliative care.” [3]

Stan’s doctors gave him only weeks to live and ordered him to hospice, which he entered on August 12, 2011

The Rutners also used alternative treatments to ease Stan’s suffering and perhaps stall his “inevitable” death sentence. Stan tried Reiki energy treatments and acupuncture. He even attempted creative visualization but it wasn’t his thing and it didn’t really help him, although Barb had success with it when she was fighting breast cancer. Stan’s downward spiral continued unabated and time was running out. That’s when Corrine – Stan and Barb’s daughter and Corinne’s soon to be husband, John Malanca started researching cannabis as a possible treatment option for Stan.

Barb explains: “Corinne and John were becoming interested in medicinal marijuana but we were concerned that Stan was wasting away. He had lost so much weight and so we were anxious to get his appetite improved and help him with the nausea. So Corinne suggested daytime cannabis capsule infused with coconut oil; they’re yellow capsules that he started taking. He started taking those in early November of 2011 and in the beginning, he took about a third of a capsule in the morning, and it was about a week or two later that he was able to give up the extra oxygen that he had had 24/7.”[3]

Stan was ready to try cannabis – he realized better than anyone else that he had nothing to lose and maybe a lot to gain.
Stan stated: “No hesitation at all. Here I’m dying and getting nothing to change the course of things and so this thing has a pretty good track record in—what do you call it—in a non-medical world, so hey let’s try it. Got nothing to lose.” [3]

Bingo! Within a couple of weeks of starting cannabis, Stan’s condition was improving in all ways. He started gaining weight, his sleep improved, he was regaining his strength. Eventually, he ditched his walker, dumped his oxygen and started exercise classes. Barb described his progress as remarkable. 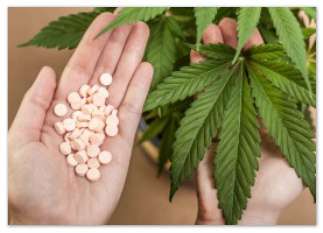 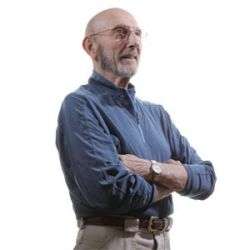 Barb: “On January 27, 2013 we received the results of Stan’s brain MRI in an email from his oncologist, stating simply: “IMPRESSION: No evidence of recurrent disease.” The lung cancer that had metastasized to his brain in the summer of 2011 (and nearly taken his life) was GONE! The doctor calls him a miracle man. We are deeply grateful to his “team” of doctors, friends, and family, but we’ll always believe that cannabis turned the tide.” [3]

Barb and Stan Rutner at their Daughter’s
Wedding on September 21, 2013 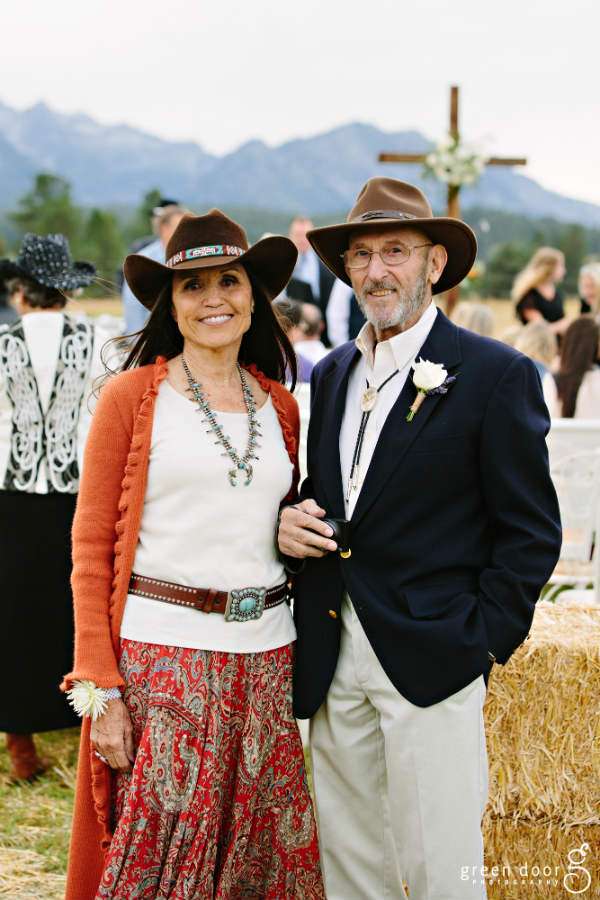 Corinne and John Malanca on Their Wedding Day
“Dad never thought that he would make it to that day but low and behold, he continued on the Cannabis Oil and is STILL in remission!”- Corinne Malanca [2] 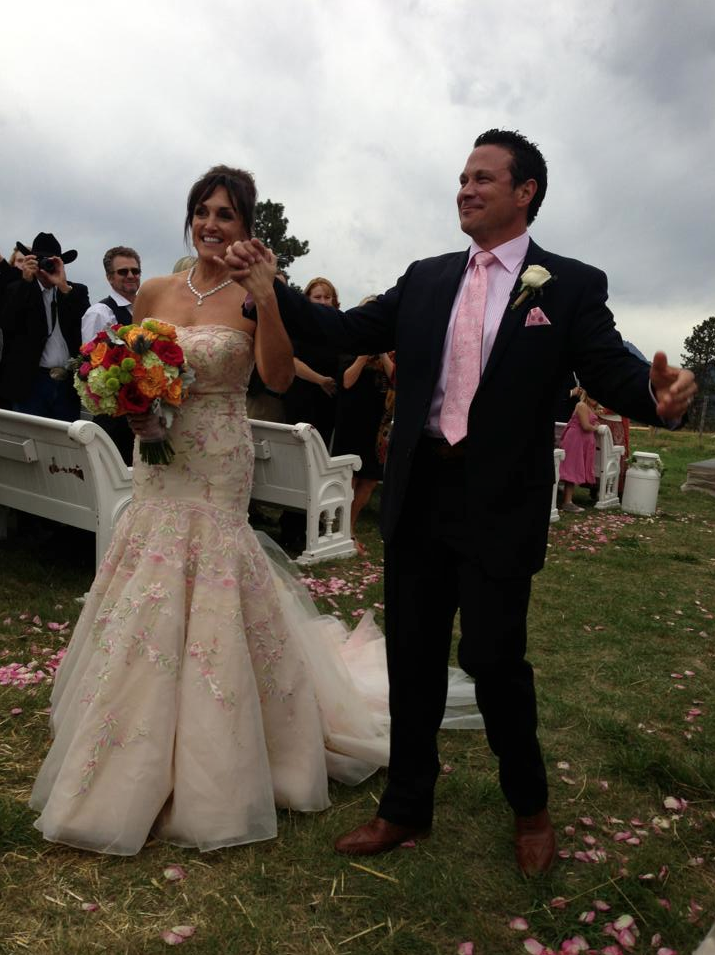 Paul Fassa is a contributing staff writer for REALfarmacy.com. His pet peeves are the Medical Mafia’s control over health and the food industry and government regulatory agencies’ corruption. Paul’s valiant contributions to the health movement and global paradigm shift are world renowned. Visit his blog by following this link and follow him on Twitter here.