The Kingston and St Andrew Municipal Corporation (KSAMC) has imposed a ban on entertainment activities along the Palisadoes strip following Monday night’s debacle that saw motorists stuck in traffic for hours and unable to access the Norman Manley International Airport (NMIA) in Kingston. 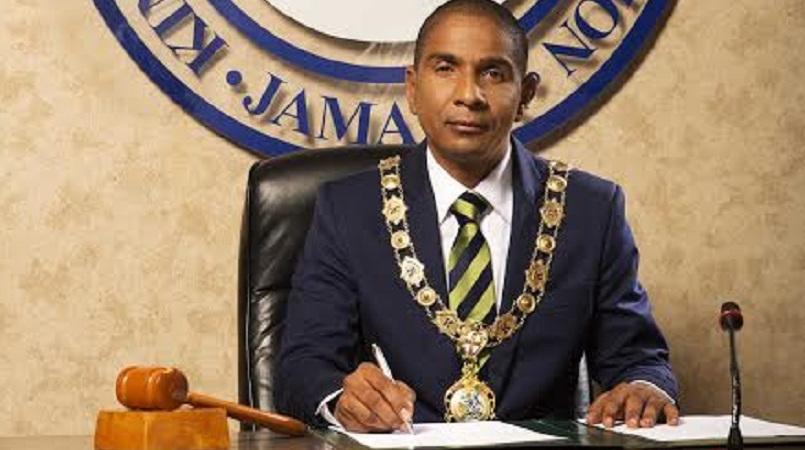 The KSAMC said in a statement Tuesday that no entertainment licenses will be issued in the short-term.  While the ban is in place, the corporation says it will be meeting with all relevant agencies and ministries to determine its medium to a long-term position.

The corporation issued the statement in an attempt to clear the air while offering an explanation as to why it granted the license for the staging of the New Year’s party called ‘Sandz’ in the first place. 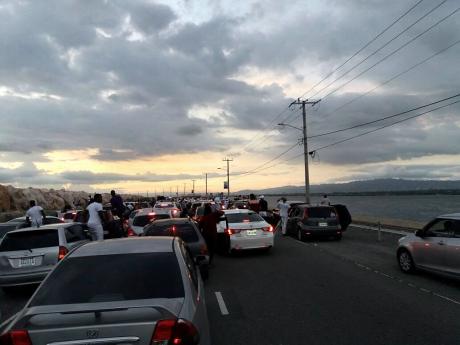 Screenshot of a video circulating on social media shows a man carrying luggage towards the Norman Manley International Airport in Kingston amid a traffic pile-up along the Palisadoes strip on New Year’s Day.

It admitted it had concerns about parking prior to granting the permit after receiving the application. It said strict instructions were given that the Palisadoes not be used for parking. Also, the KSAMC said it received a letter from the NMIA offering no objection to the staging of the event, in addition to being assured by both the airport and the promoter of the party that adequate parking would be provided at its facility along the Port Royal main road.

Additionally, a shuttle system was to be used to transport patrons from the parking area to the venue and the police gave permission for the hosting of the event. The KSAMC said patrons were also told by the promoter not to park on the roadway leading to the airport. Feeling satisfied, the KSAMC then granted the license.

But writing earlier Tuesday on social media, the Mayor of Kingston, Delroy Williams conceded that there was a breakdown in enforcement. Loop News investigations reveal that patrons did in fact park along the roadway, a situation that got worse when they attempted to leave the party venue.

Passengers booked to travel on, or arriving on at least four major airlines were affected with many missing their flights and others arriving in Jamaica up to 10 or more hours later than scheduled. This, as the gridlock on the airport road, saw persons sitting in traffic for up to six hours while the police failed to adequately deal with the matter. Some flight crews also missed their flight.