Home News Global News 4 Days After Her Tummy Tuck, She Feels Like Her Skin Is... 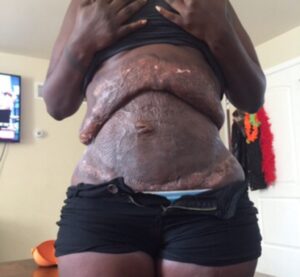 A woman from Chicago was feeling down after her pregnancy left her with unwanted weight gain. When she decided to had it removed, she was feeling even more down. Read on for more details!

Quanna Brown, from Chicago, was feeling a little less confident when her body retained some of the weigh she gained from her recent pregnancy. So, Brown decided to have a surgery to tuck her tummy and get her groove back. Little did she know that it would actually make matters worse, the Metro reports.

Brown, who’s a mother of two children, woke up four days after she had the surgery in pain which she described as if like her “skin was ripping apart.”

Brown said, “I’d never had surgery before so at first I thought it was normal. I could smell it and I could see all this puss and blood like it was infected.”

Brown was admitted into the hospital and she had to stay for fifty days to fix the botched tummy tuck surgery and go through five more surgeries.

Brown, who’s pregnant with her third child, was left with a stomach that looked as if a bear mauled the baby out of her with a single heavy swipe. Her deformed body and horrifying scar made her lose confidence even more. 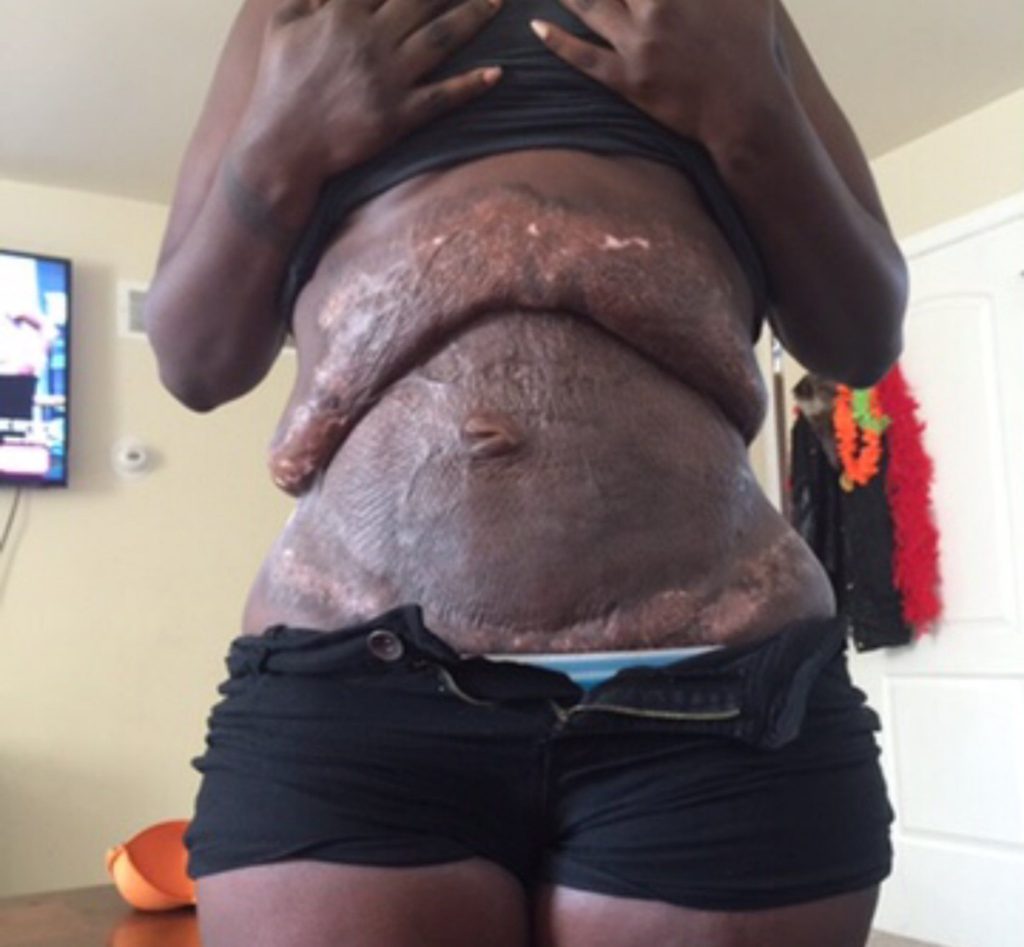 Brown said that she read through a lot of stuff and research before considering a tummy tuck and picking the appropriate doctor. She did not name the doctor whose terrible job had left her for dead.

Brown said, “I was very happy on the day of the surgery. I woke up bright and early and I was very excited, I went shopping, I wanted something new to wear after.”

Brown immediately felt as if a bucket full of pain was poured over her and she said her bandages felt like they were wrapped a little too tautly.

Brown said, “The doctor said he’d never seen anything like this before and gave me antibiotics. But my parents demanded that they fix me. My insides were opened and I was ripped.”

She continued, “He redid the wounds and sent me home. The next time I went back in wasn’t there and his partner looked at me but also sent me home afterwards.”

She had her skin and tissue removed along with the skin grafts.

Brown said, “When I got released from hospital, I wasn’t able to walk straight and I was on a cane, I was back and forth in hospital with blood clots, I spent two more weeks in hospital and I still wasn’t feeling well, and I had to do something. My turning point came when my daughter asked for a bowl of cereal and I couldn’t get it for her.”

Brown is now recovering from the terrifying ordeal. She credited her children in helping her cope from the stress and regaining her confidence back.