Starz has announced its commitment to Curtis “50 Cent” Jackson by extending his existing exclusive premium overall deal into September 2019. Jackson, an executive producer for the hit series “Power,” will continue to develop new projects for the network with G-Unit Film & Television, Inc., the production company launched by Jackson. 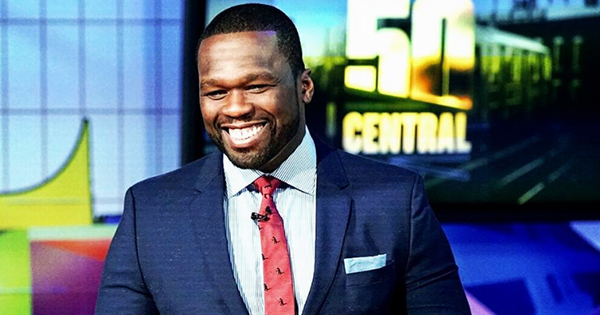 “I am extremely pleased to expand my partnership with Starz and Lionsgate,” Jackson said. “This investment in my television and film ventures through G-Unit Film & Television will launch a wide range of new original scripted and unscripted programming I’m looking forward to everyone seeing.”

Starz CEO & President Chris Albrecht added, “This deal recognizes how Curtis’ abilities have gone beyond music and business to include acting and show creation. We’re pleased to continue our relationship and bring new projects to his current and future fans.”

Jackson’s projects currently in development with Starz include “Black Mafia Family” and “Tomorrow, Today.” “Black Family Mafia” is inspired by the story of Demetrius ‘Big Meech’ Flenory and the intersection of the drug industry and the music industry.

In “Tomorrow, Today,” after being falsely imprisoned, a veteran from the south side of Chicago becomes the personal experiment of a prison doctor who genetically engineers him to have heightened abilities. Set free, but on the run, the veteran must reconcile with the world that has turned against him, and use his newfound abilities for good.

Nominated for four 2018 NAACP Image Awards® including “Outstanding Drama Series” and a 2017 People’s Choice Award® for “Favorite Premium Drama Series,” the critically-acclaimed fourth season of “Power” averaged 9.3 million multi-platform viewers per episode and is the most-watched franchise for Starz, averaging 7.4 million multi-platform viewers for all four seasons. “Power” ranks #3 among premium scripted series for viewers and was a top three Sunday night program on Nielsen Social Rankings nine out of 10 weeks.

More than just a Rapper

50 Cent, born Curtis James Jackson III, is an award-winning rapper, entrepreneur, actor, and producer from Queens, New York. Recognized as one of the most talented and prolific music artists of his time, the Grammy Award winner rose to fame with his record-shattering debut album, Get Rich or Die Tryin’ and has since sold more than 30 million albums worldwide and been awarded numerous prestigious accolades.

Jackson has leveraged his star power to cross over with unparalleled success as an entrepreneur, actor and producer. From Get Rich or Die Tryin’ being one of the fastest selling albums in history, to create one of the most influential deals in hip-hop with the sale of Vitaminwater, Jackson continues to break records. He currently has the #1 show on Starz, “Power,” in which he not only co-stars but also serves as executive producer.

He also continues to extend his brand in other areas, including: footwear and apparel, fragrance, video games, publishing, headphones, vodka, health drinks, Casper mattresses, and supplements.