Home News Global News Student Claims She got the wrong Medicine for the Doctor,dosage caused ‘her... 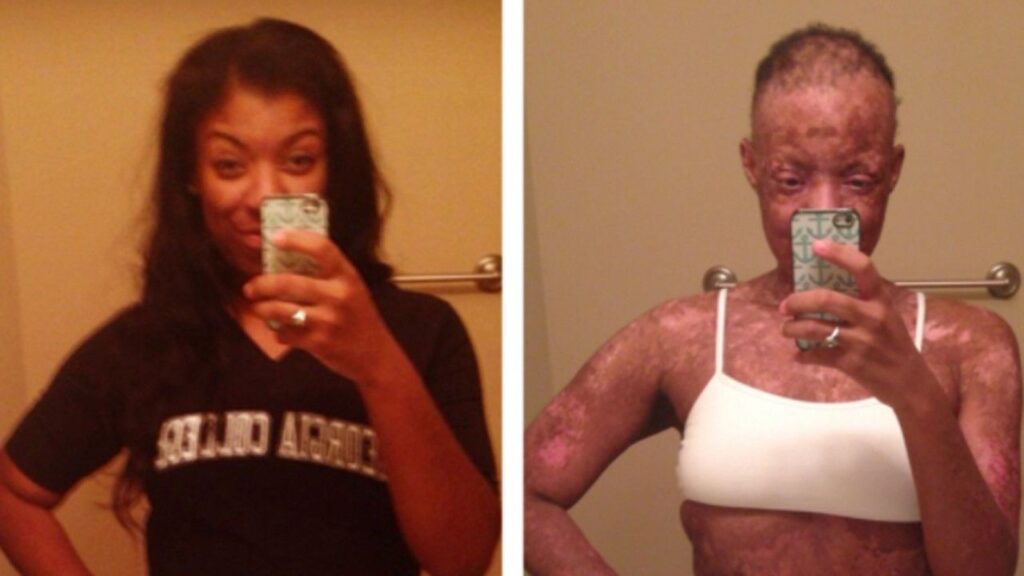 A Georgia woman who is three years into a painful recovery is suing after claiming she received the wrong dosage of a medication that caused her body to burn from the inside out. Khaliah Shaw, 26, spent three weeks in a medically induced coma while her skin slowly peeled off and wants to ensure that other patients are protected from pharmaceutical errors, 11Alive.com reported.

“This did not have to happen,” Shaw, who lives in Snellville, about 30 miles northeast of Atlanta, told 11Alive.com. “This was not just some sort of fluke in my opinion. This happened as a directly (sic) result of somebody’s error.”

In 2014, Shaw told her doctors she felt depressed and received a prescription for Lamictal, an anti-seizure medication sometimes used to treat bipolar disorders, the Tech Times reported.

Shaw took the medication for two weeks before she started breaking out in blisters. Shaw told the news outlet that her body felt like it “was on fire.”

Eventually, doctors diagnosed her with Stevens Johnson Syndrome, a rare skin disorder that is typically caused by an adverse reaction to medication, 11Alive.com reported.

“It essentially causes your body to burn from the inside out, and you pretty much just melt,” she told 11Alive.com.

The Palm Beach Post reported that others are also suing pharmaceutical company GlaxoSmithKline (GSK) for promoting Lamictal without advertising its risks in full. In July 2012, the pharmaceutical company pleaded guilty to criminal negligent charges for allegations of fraud and failure to report product safety data for the drug, the newspaper reported. GSK paid $3 billion total.

As for Shaw, the young woman has come to resemble a burn victim. She has lost her fingernails and sweat glands, and she is slowly going blind, 11Alive.com reported.

The lawsuit claims her medical bills total upwards of $3.45 million and are expected to continue to grow as she continues receiving treatment.

“I never heard of Steven Johnson Syndrome until I was in the hospital with my skin melting off my body. That’s when I learned what it was,” she told the news outlet.

Shaw’s attorney told 11Alive.com that alleged errors by pharmacists continue to “happen at an alarming rate,” because staff are too rushed and too busy.

In telling her story, Shaw wants to raise awareness about the dangers of prescription medication errors.

“It is difficult being in the spotlight, but I think it is worth it if it means someone is more educated about the medication that they are taking,” Shaw told The Palm Beach Post.