Home News Global News Boy With Spina Bifida Walks On Crutches And Shares Excitement With His...

The incredible clip was posted by 29-year-old Whitney Dinkel, who wanted to share the moment her son Roman took his first steps.

Two-year-old Roman, who lives in Overland Park, Kansas, was born with spina bifida – which the NHS website explains is a birth defect that occurs ‘when a baby’s spine and spinal cord don’t develop properly in the womb’, causing a gap in the spine.

The condition can make it hard for children to walk, and can even lead to paralysis.

Roman was diagnosed with myelomenigocele – the most severe of the four types of spina bifida – during Whitney’s 20-week ultrasound. He received surgery while still in the womb in order to maximise his chances of walking. 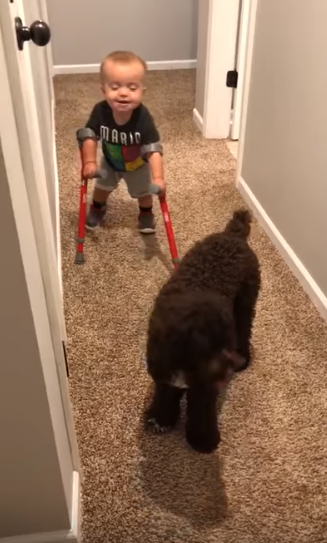 Little Roman eventually managed to walk after days of trying.

“I had to let him fall a few times so he’d know I wouldn’t be there to catch him, and he had to learn how to catch himself,” Whitney told CBS News.

Roman has learnt to walk using a number of devices, including the red crutches you can see in the video above, as well as a walker.

Since his mum posted the footage, the clip has since gone viral – with many people on social media commenting on how proud they were of Roman’s achievements.

“After all the worst things that I’ve seen on the news and on my timeline today – this has really made my day,” one person wrote.

“He’s so adorable and I’m happy he’s excited about learning something most of us take for granted every day! I cried typing this!” another said. 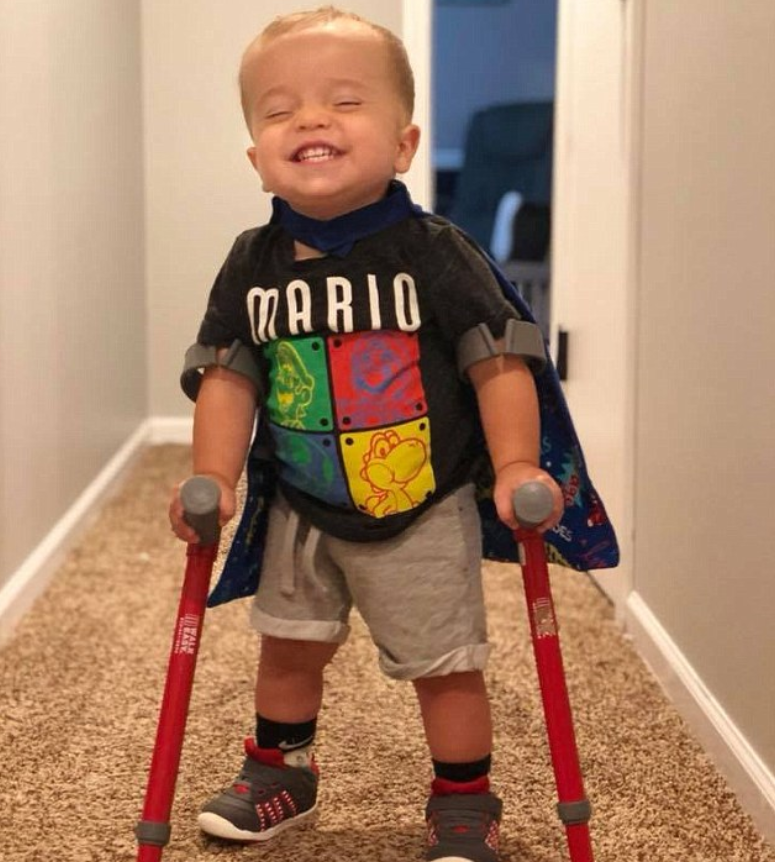 Someone else said: “As someone whose learned to use forearm crutches to go up and down stairs, the balance and muscle memory is hard work and involves many spills.

In fact, Whitney and Adam – Roman’s father – have received many messages from people explaining how touched they were by the video.

“It feels like he just gave hope to so many people with a seven-second clip.”